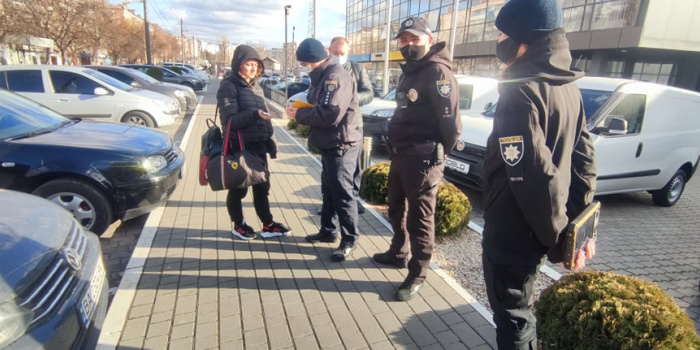 In Khmelnytsky on November 3, an unknown man splashed Alyona Bereza, an investigative journalist and regional representative of IMI with an unknown substance.

As Alyona Bereza told, ​​the attack happened when she was leaving the sports club. On the way out of the sports club, an unknown man was waiting for her, holding a black bag. The man got up to her and poured liquid on her from behind. The liquid got on Alona's clothes and hair.

Alyona Bereza told she recognized the attacker, he was one of those who came to her house on the eve.

“Yesterday, at half past four, two men came to my house. One of them rang the doorbells of all the apartments on the floor. Just as I was leaving the apartment, a tall guy was standing with a piece of paper in his hands, looking for someone. But he clearly named my apartment number. But then, when he stayed under the door of the apartment, and I was going down the stairs, I met another man, who attacked me today, ”Alyona said.

After the attack, an unknown person fled. The journalist connects the attack with her professional activity.

“On Friday, I published an investigation into the property and assets of four deputies of the Khmelnytsky City Council. That is why I connect this attack exclusively with my professional journalistic activity, ”Alyona Bereza said.

She does not exclude that the instigator might be one of the persons who figured in her latest investigation.

The journalist called the police. An investigative task force worked at the scene.

According to IMI, the Department for the Protection of the Interests of Society and the State of the National Police of Ukraine, the attacker was dressed in gray sportswear, a dark vest, short stature, and a beard on his face. After the attack, the man crossed the road and ran away.