Joint information hub for war journalists to be created in Ukraine 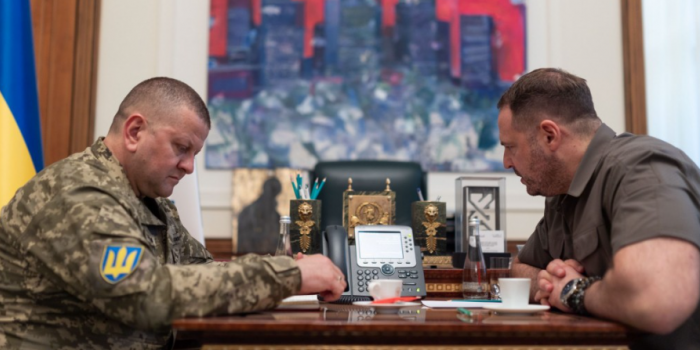 A joint information hub facilitating the work of war journalists, Ukrainian and foreign media correspondents will be created in Ukraine.

This was announced by the Head of the Office of the President of Ukraine, Andriy Yermak, during a telephone conversation with US representatives.

The conversation took place as part of Yermak's and the Commander-in-Chief of the Armed Forces of Ukraine Valery Zaluzhny's ongoing dialogue with the US President's National Security Advisor Jacob Sullivan and the Chairman of the Joint Chiefs of Staff, General Mark Milley.

According to Yermak, they decided to create a joint information hub in the country. He noted that this will make it possible to inform the world community about the situation on the front line and the use of equipment and weapons that the Ukrainian army receives from partners as quickly as possible.

As reported by IMI, in February the Ministry of Culture and Information Policy, Ukrinform news agency, and the Center for Strategic Communications and Information Security launched an operational press center.

In March, in Kyiv and Lviv, Ukrainian communication officers together with the Ministry of Defense and the Ministry of Internal Affairs launched a new platform "Ukraine Media Center" to help foreign mass media in covering the big war.