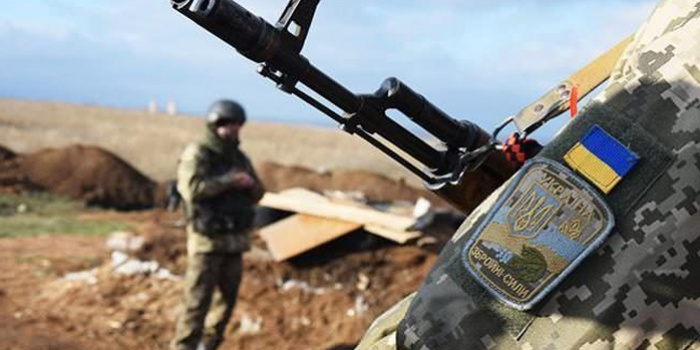 The press center of Joined forces Operation (JFO) informed they d=refused access for the journalists because of shelling in Pisky and Opytne in Donetsk region.

THe JFO HQ said it replying to the inquiry letter from Detektor Media.

"Media representatives who have been accredited in the area of JFO have access to the units and sections and fulfill one's activity with the support of the military. The cases when the journalists were denied were due only to the fact these territories were under fire targetting the emplacements of armed forces of Ukraine (PIsky, Opytne), which caused real threat to the life of media representatives.At present, all groups are working according to their application letters.

IMI reported, on 12 March, a group of war correspondents for Ukrainian national TV channels appealed to president Volodymyr Zelensky to explain why journalists were not allowed to cover the developments at the frontline in Donbass, as well as why they are hiding the number of attacks by militia targeting the positions of the Ukrainian military.

To remind that on March 10 the TV crews with TV channels “Ukraina” and ICTV were refused to to take video of training of engineering troops in Karlovka of Donetsk region, referring to secrecy of these exercises. However, later the press was admitted to the spot.
On October 30, 2019, a TSN correspondent reported that Ukrainian journalists were not allowed to get in the area of ​​troop withdrawal in the Donbass. Passage for journalists is closed to Katerynivka and Zolote-4 of the Luhansk region, in the area of ​​which since October 29 the disengagement of forces from the line of demarcation has begun.

On October 29, at 12.00 in the Luhansk region in the district of Zolote-4, the process of disengagement of forces on both sides to a distance of one kilometer from the demarcation line on both sides began.

On November 6, 2019, photojournalist with LB.ua Maks Levin said that the Joint Forces Operations headquarters had denied him accreditation to the JFO area. The reason, as follows from the response of the headquarters, was the violation of the rules of work in the JFO area, but they failed to precise which violation it was question.

On November 7, 2019, the NGO "Institute of Mass Iformation" called on the Ministry of Defense of Ukraine, the Security Service of Ukraine and law enforcement agencies to abide by the legislation of Ukraine on information and not exceed the statutory authority to grant accreditation to media representatives for work in the area of ​​the JFO. “The accreditation of journalists in the Joint Forces Operation area should be accorded based on clear and public rules, in accordance with clearly defined criteria. This is inadmissible to "manually handle" the issues of accreditation of the journalists without determining the criteria for accordance of accreditation for the journalists”, as IMI said in the letter addressed to the Minister of Defense.

On December 4, 2019, the Ministry of Defense of Ukraine declared that there were no restrictions or "manual control" of the process of accrediting journalists for work in the area of ​​the Joined Forces Operation (JFO).