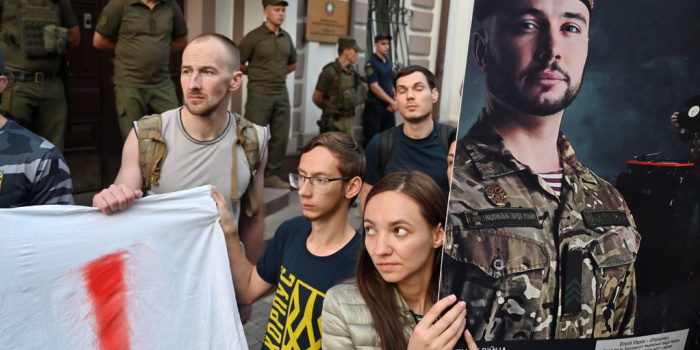 This is stated in an article titled "How Russian Propaganda Showed Up in an Italian Murder Trial," which was published in The New York Times on December 17.

As it turned out, among the evidence presented by Italian prosecutors were reports from publications that are generally considered outlets for Russian propaganda. In particular, video materials bearing the logo of Russia Today were used in the case.

"Experts say the inclusion of two videos from Russia Today, plus a report on the website Russkaya Vesna that the Ukrainian government said was false, raised questions about the extent to which fake news, after infiltrating the West's news media and elections, is now penetrating its courts," the article reads.

The author notes that according to the prosecutor in the case, Andrea Zanoncelli, in the summer of 2016, a Google search led him to an article published by Italy's leading daily newspaper, Corriere della Sera. It was a purported interview with an unidentified captain from the Ukrainian army stationed in the area.

"Don't come here, it's a strategic area," the captain was quoted as saying. "Usually we don't shoot toward the city or at civilians, but as soon as we see anything move, we fire heavy artillery. That's what happened with the two journalists and their interpreter." The prosecutor saw it as an admission of guilt, despite Italian journalism’s usual lack of rigor, according to the newspaper.

The Italian police subsequently determined that the anonymous army captain was Markiv.

In addition, among the evidence presented were videos described as "open source," "found on YouTube" or "from a local TV station," all of which bore the logo of Russia Today and are still found on its YouTube channel.

According to the article, prosecutors said they did not consider the Russia Today reports decisive in the verdict, and members of the jury are not permitted to discuss what convinced them of Markiv's guilt.

This month, Italy's liberal party, More Europe, argued that the trial was tainted by "hearsay and prejudices" and asked the European Union to send observers to the appeal trial, which is expected to begin this spring.

The newspaper writes that Russia has spread disinformation online as a part of a broader strategy to destabilize the West. The United States Department of Justice has accused a Russian organization linked to the Kremlin of meddling in the 2016 elections.

"Italy is particularly vulnerable. According to Italy's Authority of Communication, disinformation is growing in the country, although it has not been directly linked to Russia. The lines between mainstream outlets and propaganda are often blurred," the article reads.

On July 12, a court in the Italian town of Pavia sentenced Ukraine's National Guard member Vitaliy Markiv to 24 years in prison on charges of involvement in the murder of Italian photojournalist Andrea Rocchelli in 2014.

Markiv's defense team called the sentence "political" and declared the intention to file an appeal. Later, the lawyers said a court of appeal could deliver its judgment in the spring of 2020.

The Ukrainian Interior Ministry also stated that they would help challenge the judgment in the Markiv case in the court of appeal.

Ukrainian President Volodymyr Zelensky instructed the Foreign Ministry and the Prosecutor General's Office to make every effort to return Markiv to his homeland.