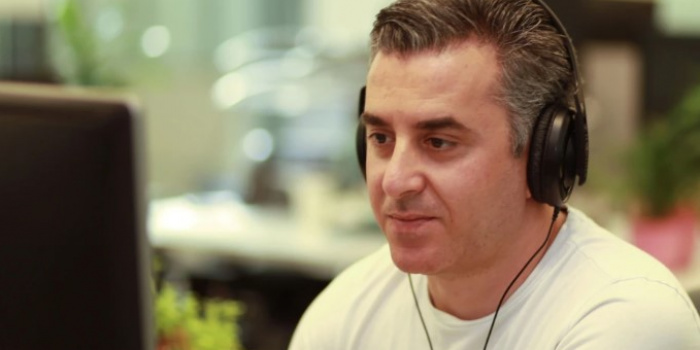 The journalist died from cancer on October 17 at the Charite Hospital in Berlin and his body was repatriated to Iran for burial on October 25. Relatives and friends told Radio Farda that the necessary permits had been issued to bury his body in his hometown Shiraz.

However, sources told Radio Farda that agents from the Islamic Revolutionary Guards Corps (IRGC) intercepted the body and have taken it to an unknown location.

According to the media, the journalist's family is being pressured by the government to agree to his body being buried in another cemetery outside of his hometown. Iranian authorities have not commented on the situation.

Reza Haghighatnejad started working as a journalist at the beginning of the 2000s and worked at local media outlets in Iran until 2012. He left Iran amid increased pressure on journalists and started working with Persian-language media outside the country. He was not able return to Iran because of his journalistic activities. He was 45 years old.

Haghighatnejad worked as an editor at Radio Farda from 2019 until his death.

We remind that for over a month, Iran has been rocked by unrest over the death of Mahsa Amini, 22, while in police custody for allegedly wearing a head scarf improperly. Daily protests have spread across the country, with thousands arrested and human rights groups reporting more than 200 deaths.