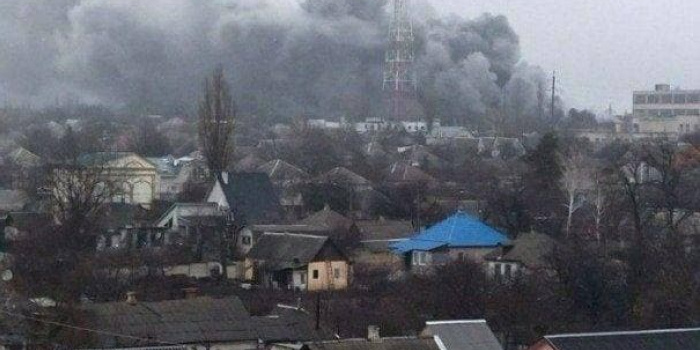 In Lysychansk, Luhansk region, Russian troops hit by shelling the TV tower. This was reported by Adviser to the Minister of Internal Affairs Anton Gerashchenko.

"The invaders struck at the TV tower in Lysychansk," he wrote.

The shell hit the area near the tower, where there are residential buildings, as they reported to the Media Detector in the National Council on Television and Radio Broadcasting.

Broadcasting is made in multiplexes MX-1 and MX-5. Broadcasters working on the tower were evacuated.

On 2 of march, Russian troops shelled a television tower in Kharkiv. Two shells fell near her at 12:55 p.m. Staff were evacuated, no information about the injured.

on march 1st, Russian troops struck at the Kyiv TV tower at 6.00 p.m. This was reported by Suspilne and eyewitnesses on social networks.

After a series of explosions in Kyiv, the TV signal disappeared. The shell hit the hardware of the broadcaster on the TV tower. Subsequently, the broadcast channels in T2 were restored.

As IMI reported, a cameraman for LIVE TV Yevheny Sakun was killed in the shelling of a TV tower in Kyiv on March 1.