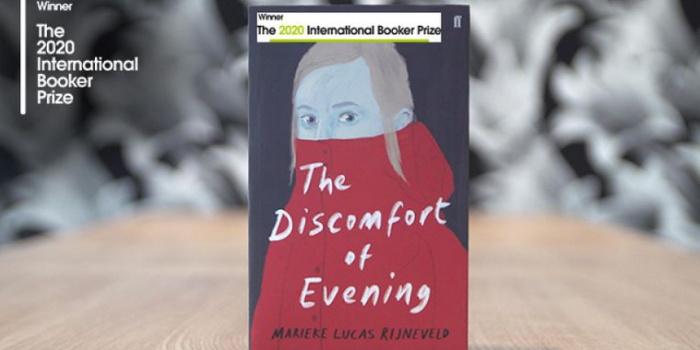 Marieke Lucas Rijneveld is the youngest-ever winner of the International Booker Prize, as The Evening Standard reported.

A Dutch author has, at 29, become the youngest-ever winner of the International Booker Prize.

Marieke Lucas Rijneveld’s The Discomfort of Evening was announced as the winner of this year’s prize, along with translator Michele Hutchison.

The pair will split the £50,000 prize and the winner was announced at a digital event, live streamed across Facebook and YouTube.

This year, judges considered 124 books translated from 30 languages, but it was Rijneveld’s tale of Jas and her devout farming family in a strict Christian community in rural Netherlands that won the coveted prize.

Rijneveld, who grew up and still works on a dairy farm, has already been a bestseller in The Netherlands, where The Discomfort of Evening won the prestigious ANV Debut Prize.

Chair of the judges Ted Hodgkinson says: “We set ourselves an immense task in selecting a winner from our superb shortlist, filled with fiction bold enough to upend mythic foundations and burst the banks of the novel itself.

“From this exceptional field, and against an extraordinary backdrop, we were looking for a book that goes beyond echoing our dystopian present and possesses a timeless charge. Combining a disarming new sensibility with a translation of singular sensitivity, The Discomfort of Evening is a tender and visceral evocation of a childhood caught between shame and salvation, and a deeply deserving winner of The 2020 International Booker Prize.”