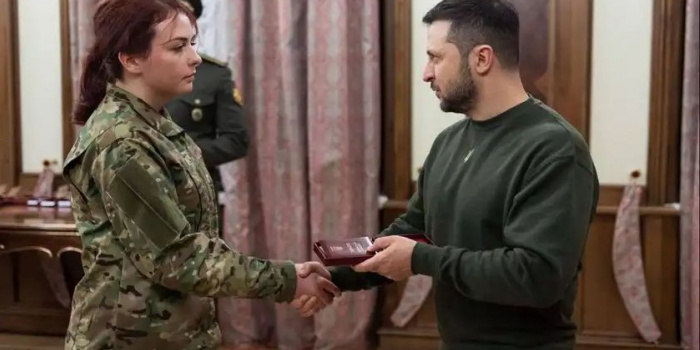 Instagram blocked Kateryna Polishchuk, known as Birdie, a volunteer paramedic from Azovstal, for a month.

She announced this in her Telegram channel.

"Guess who got blocked by Instagram for a month? Yes, yes. Sharing your thoughts? Screw yourself, a three-year-old page gone," the servicewoman wrote.

On her page, she wrote that she was dedicating the award to her fallen brothers in arms. The servicewoman also mentioned the President in her post.

"I respect and wholeheartedly support our President and my opinion on him has changed after the start of the full-scale invasion. He is a real leader and ruler. Not all decisions are clear to the broad public, but the movement towards victory is swift and persistent. Thank you," the servicewoman wrote.

After that, she received some harsh comments from Volodymyr Zelensky's opponents. In her post, Kateryna Polishchuk did not say whether the Instagram block was related to the recent backlash.