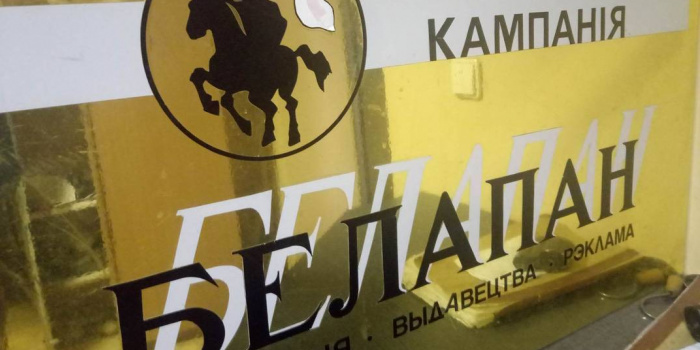 The independent BelaPAN news agency says police in Minsk have searched its offices while not allowing the company's lawyer to be present, as Radio Free Europe/Radio Liberty reported.

One of the agency's journalists, Tatsyana Bublikava, said in two video statements placed on Facebook on January 14 that officers of the Investigative Committee said the search was conducted due to a probe launched against a former BelaPAN employee, Andrey Alyaksandrau, who was arrested a day earlier for a charge stemming from his participation in ongoing protests demanding the resignation of strongman Alyaksandr Lukashenka, who has run the country since 1994.

Bublikava said that she saw several armed men in black uniform force their way into BelaPAN's offices before she needed medical attention due to a spike in her blood pressure.

One of the intruders came with her to the hospital and tried to prevent her from using her phone. However, Bublikava said she managed to record her first video statement and placed it on Facebook after she went to a hospital bathroom.

According to her, the officers were doing everything they could to ensure information about the raid did not spread.

Bublikava said that her colleagues, Alyaksandr Zaytsau, Zakhar Shcharbakou, Dzmitry Navazhylau, and two other employees of the agency remained in the offices after she was taken away by ambulance.

Lawyer Syarhey Zikratski, who represents the interests of BelaPAN's journalists, told RFE/RL that officers did not allow him to be present while the search was conducted.

Belarus has been gripped by a political crisis since August 9, when officials declared Alyaksandr Lukashenka the winner of a presidential election.

Opposition figures called the vote rigged and people have taken to the streets to protest on almost a daily basis since as they demand a new vote.

Lukashenka’s declaration of victory has not been recognized by Western nations.

Amid the street protests and political turmoil, Belarusian authorities detained reporters and photographers, including some from RFE/RL, sometimes sentencing them to up to 15 days in jail.

On January 14, Belarusian journalists issued a video on YouTube demanding that the government to stop intimidating journalists and to release incarcerated reporters. The journalists said that a total of 15 journalists have faced criminal charges since the anti-Lukashenka protests started, of whom nine are currently being held in pretrial detention centers. Radio Free Europe/Radio Liberty