In Odessa, journalists not admitted to press briefing of head of state tax service 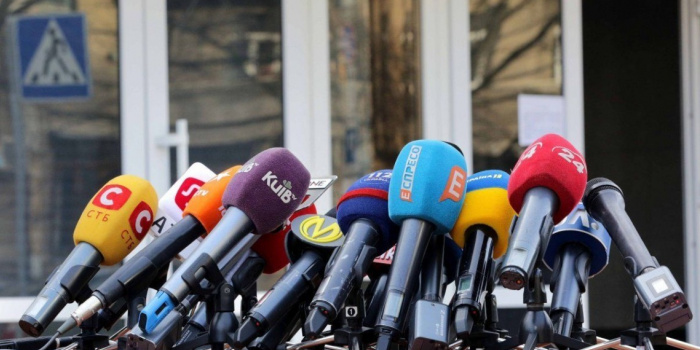 In Odessa, on January 15, several journalists were not allowed to get access to the press briefing of the head of the State Tax Service of Ukraine Serhiy Verlanov, as Dumska reported.

As Dumska said, journalists and cameramen with, at least, eight editions and TV channels, including Dumska, Dumska TV, Pushkinska, Redaktsii, Kanal 5, “Ukraina”, were banned to get in, turnstile was found out to be blocked and security guard refused to let them in. The latter said he was to admit only those journalists who have been named on the accreditation lists.

The spokeperson of Serhiy Verlanov came to the press and told that journalists were not allowed "because it is a regime object".

As "Dumska" reported, only journalists from "1+1" and "Inter" TV channels were admitted to cover the press briefing.

The journalists called the police.

The lawyer with IMI Ali Safarov found that admission of only some journalists and the mass media editions to public meeting of the entity of power was an act of censorship and obstruction of the legitimate professional activity of journalist, which is considered as a criminal offense under the Article 171 of the Criminal Code of Ukraine.

“The Law of Ukraine“ On Information ”defines in its Article 25 the right of the journalist to freely visit the premises of the authorities, the open to public meetings they hold, and to be personally admitted within a reasonable terms by the civil servants and officials, except the cases that are specified by law. At the same time, according to the Article 26 of the same law, the failure to get accreditation cannot be a ground for refusing entry to the journalist, media professional to public meetings held by an entity of power, ”the lawyer said.