In Mykolaiv, spokesman of mayoral candidate from OPFL pushed out of room journalist 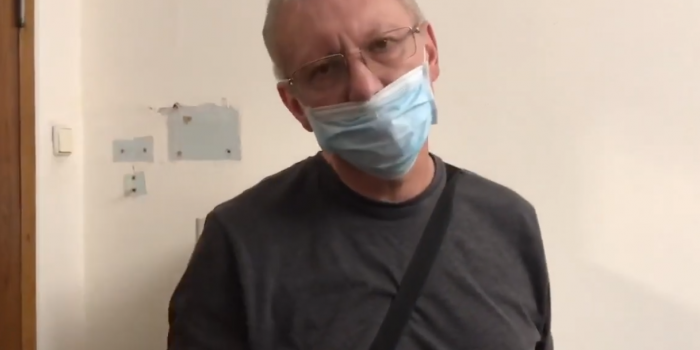 Screenshot from video of NkVesti

In Mykolaiv, on September 24, the press secretary of the candidate for the post of mayor from the Opposition Platform - For Life party, Yuri Bagryantsev, pushed the journalist for the NikVesti online publication Alisa Melik-Adamyan out of the premises of the city election commission, as NikVesti reported.

Alisa Melik-Adamyan told that Yuri Bagryantsev, together with a representative of the OPFL, brought some documents for registering candidates in local elections. At this time, a journalist from the NikVesti came to the city election commission.

When she tried to enter the office, Yuri Bagryantsev began to push her and tell her to leave the room, since "wet cleaning was taking place there."

A member of the election commission made a remark to him.

As the journalist told him that he had hit her, Yuri Bagryantsev claimed that he only asked her to leave, and she would knocked against by herself.

According to the publication, Yuri Bagryantsev is the former press secretary of the health department of the Mykolaiv regional state administration. Now he is working with a candidate for the post of mayor Vladislav Chayka.

Commenting the incident on to the IMI representative in the region, the editor-in-chief of NikVesti Oleg Derenyuga said that the edition intendeed to lodge a corresponding complaint to the police for obstruction to journalistic activities.