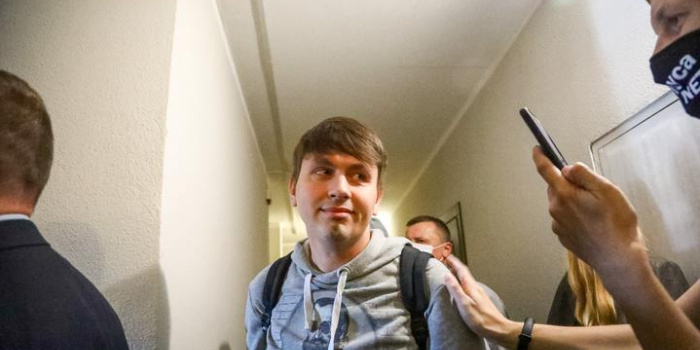 On September 23, Yegor Martynovich, editor-in-chief of the Nasha Niva weekly, has been detained for three days in a libel case against Deputy Interior Minister Alexander Barsukov, as TUT.BY. reported.

"Yegor Martynovich is a suspect under Art. 188 of the Criminal Code ("Defamation”, “for Sokolovsky's words about Barsukov"). He will spend three days, as expected, in the detention center, " his wife Adar Gushtin wrote on social networks.

The journalist was detained for an article in which DJ Vlad Sokolovsky said that Barsukov allegedly beat him in a pre-trial detention center in Okizin in Minsk after his detention.

As IMI reported, on September 23, Yegor Martynovich’s apartment was searched.