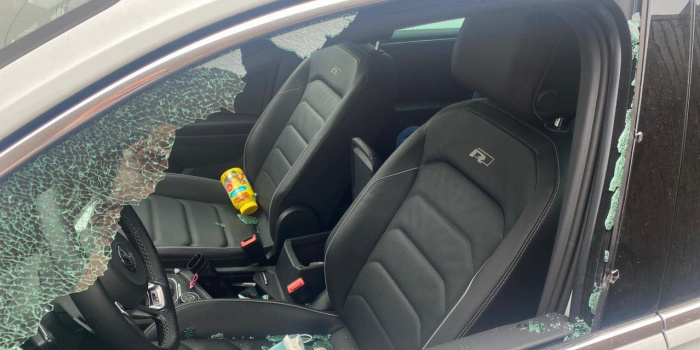 On June 10, some unidentified people broke into the yard of the house of Roman Lyubytskyi, General Director of NTA TV channel and Vholos media holding, in the village of Solonka, Lviv region, and robbed a car, Vholos reported.

According to the newspaper, at about 4.30 am, some unknown people climbed over the fence and smashed the car, which was parked in the yard. The attackers also tried to break into the house where only Lyubytsky's wife and children were.

Roman Lyubytskyi was in Lviv the time of the attack.

Commenting on the incident for Zaxid.net, Roman Lyubytskyi said that it was his wife who heard strange sounds in the yard. When she went to the balcony, the attackers were frightened and fled. He also added that police had already got the video from surveillance cameras which had all the perpetrators captured on.

“There is a very high-quality video from surveillance cameras, you can see how many people were there, where they were going to enter and how, where they went. I gave it all to the police. They climbed into the car, pulled something out. When the wife went out on the balcony, they ran away, it is visible. And how they run away, how they climb back, how they pull a children's handbag out of the car, ”Lyubytskyi added.

For now, Roman Lyubytsky is unsure what could be related to that attack with. "The investigative task force is to investigate whether the attack was committed for the purpose of robbery, or for the purpose of professional journalism, or political one. It's difficult for me to say now, ”he added.

The police told the editorial board that they did not record any damage or traces of intrusion inside the house. Police also said that the attackers smashed a window in the car and took away the things that were there. However, the attackers threw the stolen on the street near the house of the Director General of NTA.

According to Zaxid.net, the NTA TV channel together with the Vholos media holding are owned by Igor Kryvetsky, businessman and ex-MP from the Svoboda party. The media is also funded by businessman and Lviv Municipal Council deputy Hryhoriy Kozlovsky.

The police of the Lviv region instituted criminal proceedings under Part 3 of Art. 187 ("Robbery") of the Criminal code of Ukraine.