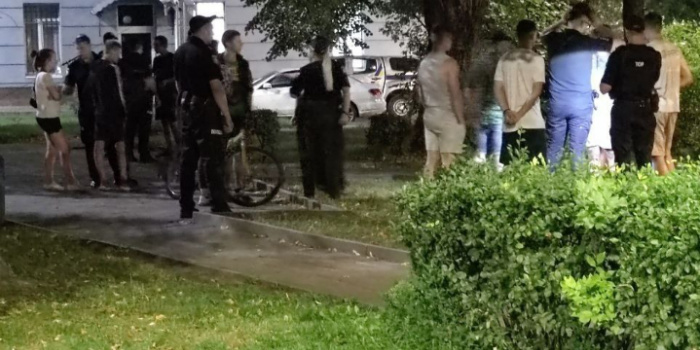 In the evening on August 15, in Lutsk near the regional department of national police on Vynnychenko Street, 11 a clash occurred, in which a media worker of a local mass media was wounded with a pneumatic gun, as it was reported by the press service of the Volyn region police and by local media.

Volyn 24 said that the altercation started at about 10:30 p.m., one of the persons involved in, was wounded with a traumatic weapon.

"However, five policemen cannot stop the fight. According to eyewitnesses, some of the people who took part in the fight could escape. Also, there are probably minors among them, ”the newspaper reported.

The police informned that a 17-year-old resident of Lutsk shot a 37-year-old employee of one of the local media in the stomach, but the victim did not seek medical help.

In addition to the attacker, law enforcement officers identified more than ten other participants in the altercation.

The pneumatic gun was seized. The police is considering whether the criminal proceedings for an act of hooliganism is to be initiated or not (under Part 4 of Art. 296 of the Criminal code).