In Kyiv, judge tried to knock the phone out of journalist after being asked about debts 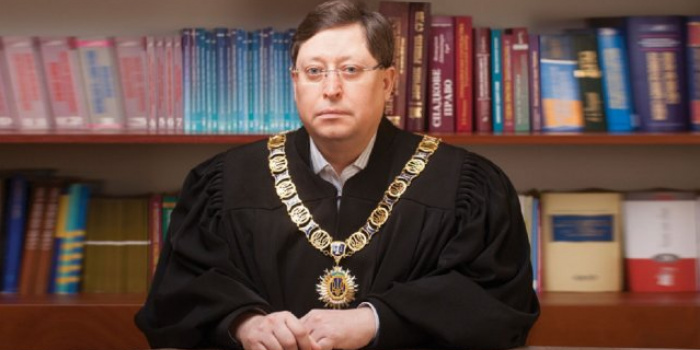 In Kyiv, Judge of the Sixth Administrative Court of Appeal Kostiantyn Babenko tried to knock the phone out of the hands of the journalist for Novoe Vremya (NV) Khrystyna Berdynskykh when asked about his debts to the Association of Co-Owners of an Apartment Building (ACMH) in a residential complex in Pechersk.

The incident occurred on June 9, the journalist reported on her Facebook page.

According to the journalist, she attended a meeting of condominiums of an elite residential complex in Pechersk (in Kyiv), where the issue of the Association's debt to Kyivteploenerho in the amount of three million hryvnias was discussed.

At the end of the meeting, Berdynskykh said, it turned out that the judge had the largest amount of debt to condominiums among all residents: the debt is over 230,000 hryvnias (around $8 600).

According to the journalist, the judge was intoxicated during the meeting. "I wanted to ask the drunk judge only about the debt, not about his relationship with alcohol (fortunately, he was not behind the wheel, so I did not care about his condition beyond his working hours). Instead of answering, a drunken judge almost knocked out my phone and I kept the phone from falling, ”she wrote.

She also reminded that the judge Babenko was stopped by the police in 2019 due to drunk driving, which was reported by the "Slidstvo.info" story.

In a comment to IMI, Khrystyna Berdynskykh said that before asking the judge questions, she introduced herself as a journalist.

“I immediately introduced myself, called my name, surname and publication. I had my press card in my pocket, in case if he asked it before answering. But I didn't expect him to become aggressive. Fortunately, I kept the phone! He almost fell out, but I kept him, ”the journalist said.