In Kryvy Rih editor in chief of local newspaper beaten 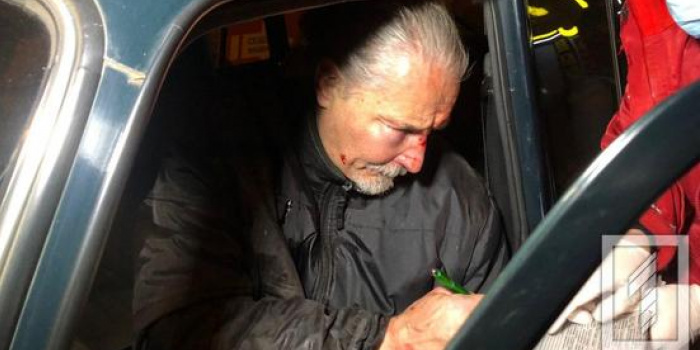 In Kryvyi Rih, on March 17,some unknown person beat the editor-in-chief of the newspaper Krasnyi Hirnyk, Igor Kvochko and his driver,as Pershy Misky reported.

The incident happened, as Igor Kvochka and his  driver took the company car and were going to leave the office. The driver stopped to let a pedestrian pass, but the later was slow. Finally, the brawl derived and the driver and Igor Kvochka got injured.

Igor Kvochka suffered injuries, his face was smashed. The assaulter fled the scene.

Igor Kvochka declined to comment to Detektor Media and hung the receiver up.