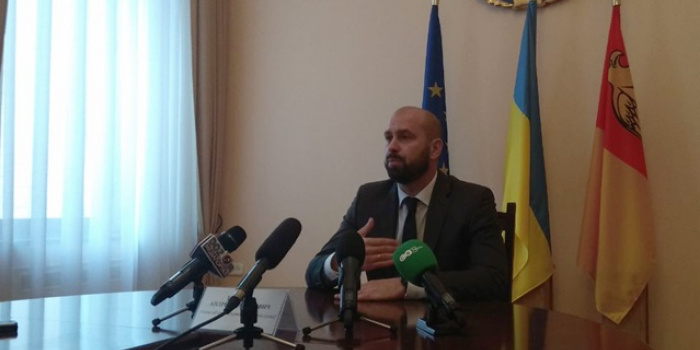 All operational meetings in the Kirovohrad regional state administration are to be held closed-doors for the press, as Andriy Balon said on November 18. The journalists will be invited to the press briefings after the meetings, as Detektor Media reported.

"I guess, the time for the operational meetings with me is the time, when I give orders. It can take form which I don't want anyone to interpret it as they can see. And as to the official information and position of the regional state administration, I issue it in the form like we have now, at this meeting today, " he said.

Andriy Balon was appointed to the post on November 8. Last week, he visited Svitlovodsk and Smolin, however, and only some mass media were invited to cover his official visit, the journalists had not been informed of that scheduled trip. Balon explained this incident by the fact that position of his press secretary was vacant and today, they are looking for a person who would fulfil the task to inform the journalists.

It is known that the Prime Minister Oleksiy Honcharuk announced on September 2 that he was to modify the format of the government meetings, and hence no press will be admitted to cover it. He specified that the ministers are to communicate with the press on the results of the meetings.