In Kherson, someone prevented journalist from taking video pictures 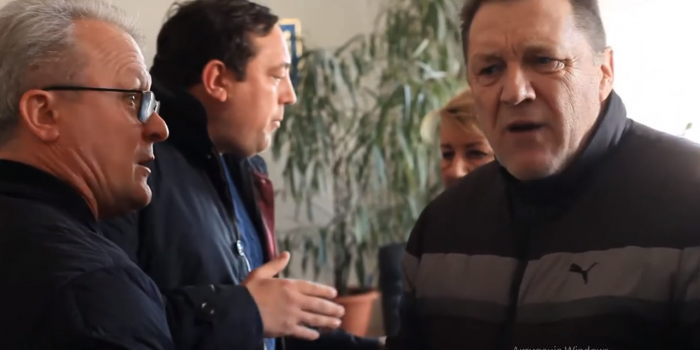 In Kherson city council on February 28, the journalist with an online edition was prevented from taking video. The police opened criminal proceedings under Part 1 of Art. 171 of the Criminal Code of Ukraine “Obstruction of the Legitimate Professional Activity of Journalists”, as it was reported on the website of the National Police in the Kherson region.

As the journalist said, when she was filming inside an office of Kherson Municipal Council, some persons tried to close camera with their hands preventing her from taking pictures with mobile phone.

The chief of the Kherson police department, Oleksandr Hovorun, said all those persons involved in conflict have been identified and were being questioned by investigators.

IMI could establish, the journalist was Yevhenia Virlych who worked with the online edition of Kavun.Sity.

Commenting to IMI, Yevgeniya Virlych said that she and her colleagues had come to take pictures of an urgent meeting in the office of the head of the communal property of the Kherson municipal council, Alisa Verbitska. A conflict arose between the head of department and several elected members.

“In fact, we (journalists) came to take pictures of an urgent meeting with elected members, because the head of the communal property department, according to the secretary of the council, did not provide documents regarding the scandalous decision on privatization of premises. At this time, several deputies came to the office, and later a man burst in (as they said, he was the husband of the head of communal property management) and began provoking at first one of the deputies, and then tried to knock out the smartphone from my hands, ” she told.

A journalist called police after a man tried to damage the phone she was shooting events at.