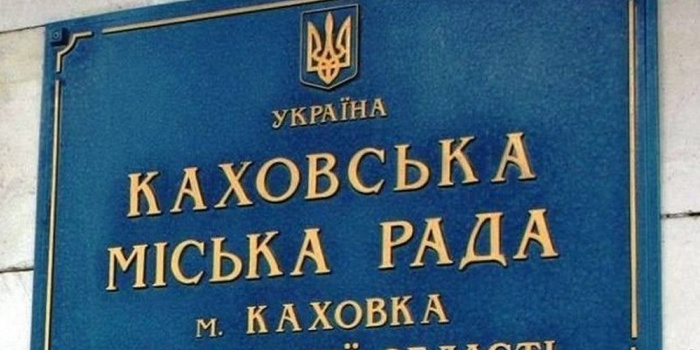 On March 19, Kakhovka City Council staff denied access to the journalist Oleg Baturin to the meetings of city council working commissions, citing the ruling of the Mayor Andriy Dyachenko. The journalist himself reported it to the IMI representative in Kherson region.

"The Kakhovsk city council forbids the journalists to get in its administrative building, except the journalists of the newspapers Kakhovskie Novosti and Kakhovskaya Zorya. At the entrance, the head of the organizational and personnel department Oksana Migas was standing and some other employees of the City Council who did not let me into the building, "- he told.

The Mayor decided to restrict the access to the premises for the journalists. But for two local editions, the Mayor Andriy Dyachenko made an exception.

The journalist called the police, which made a report under Art. 171 of the Criminal Code ("Obstruction of the Legal Professional Activity of Journalists").

Oleg Baturin found that in this way, the functionaries disguise some important information from his readers.

"Among other things, at the meeting I was banned from, they spoke of quarantine and the epidemiological situation in the city. The authorities are trying to hide even this information from people!" he said.

In addition, the journalist reported that officials promised to broadcast the meeting on the city council's website, but as of 12:30 there was neither a live broadcast, nor a record on the site.

In a comment to the IMI representative, the Mayor Andriy Dyachenko said that the City Council employees were acting for precaution measures.

"There was a technical mistake. There was no purpose in preventing namely Baturin from attending the session. The employees were simply were too much cautious and did not let the person in," the mayor said.

The mayor considers the ruling was necessary in view of the quarantine.

"We always have the representatives of two or three editions. That's why we applied restriction , inviting those editions," he explained.

Kherson journalist Ivan Antipenko said in a comment to the IMI representative that such an explanation by the Mayor "did not stand up to any criticism."

"It is difficult to believe that someone of the officials Oleg in the Kakhovka City Council does not know, because there were not so many journalists to believe that they could not recognize him. Moreover, he introduced himself and showed his press card," Antipenko said.

IMI lawyer Ali Safarov considered this case as an obstacle to the legitimate professional activity of journalists.

"In general, during an emergency such as a pandemic, for example, and in accordance with Ukrainian legislation on local self-government and civil protection, local councils are enable to take some restrictive measures. These include restricting the visits to administrative buildings. But restriction to enter the administrative buildings for some precise journalist is violation of the requirements of the Constitution and laws of Ukraine and has nothing to do with anti-epidemiological measures, but this is an obstacle to legal professional activity of the journalists from other media outlets and restrictions on freedom of expression, "Ali Safarov commented.

As IMI reported, on March 18, the Novokakhovsk City Council (Kherson region) adopted a decision to hold closed-door sessions, asking all journalists and attendees to leave the premises.