In Dnipro, editor of “Litsa” online edition aggressed journalist of the communal channel 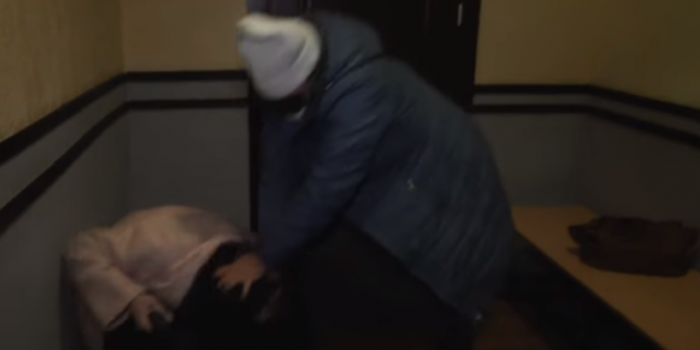 In Dnipro, the editor of "Litsa" online edition Olena Garaguts aggressed the journalist of the TV channel "Dnipro TV" Yana Boguslavska. The police opened a criminal case under Article 171 “Obstruction to professional activity”.

As Yana Boguslavska said it to a representative of IMI in the Dnipropetrovsk region, Olena Garaguts attacked her on March 11 while trying to record a comment in the Amur-Nizhnedneprovsky District Court.

The court hearing was to be considered over the libel suit from the Dnipro City Council against the MP Maksym Buzhansky and the newspaper "Litsa". Dnipro TV channel is a third party in this trial.

After the incident, Boguslavska filed complaint with the police.

“I was going to make a report about this meeting, to hear the opinion of the parties, to hear the opinion of the media "Litsa", because this were they who published that offensive story, where they fully supported the position of the people's deputy. So the opinion of “Litsa” was necessary as a party to a trial, so I approached Mrs.Garaguts and asked her to give an interview. She introduced herself and spoke, but then began to be aggressive. I find this is a failure to abide by the ethics between colleagues, I spoke to her normally, respectfully. And this is an obstacle to journalistic activity, because it happened during the interview, and because of it I could not finish the interview, ”said Yana Boguslavska speaking to the representative of IMI.

The lawsuit of the Dnipro City Council concerned Maksym Buzhansky's public comment to the City Council and journalists of the TV channel about eventual fact of domestic violence committed by him. This comment was made by Maksym Buzhansky in the summer, during the height of the local election campaign, in which Buzhansky, according to unofficial data, could run for mayoral position.

The City Council is suing the newspaper "Litsa" through the related publication " Communal TV channel of Dnipro spreads fake news about Filatov's contender".

It will be recalled that Dnipro TV is a municipal enterprise of the Dnipro City Council.

IMI is trying to get a comment from the editor of "Litsa" Olena Garaguts.