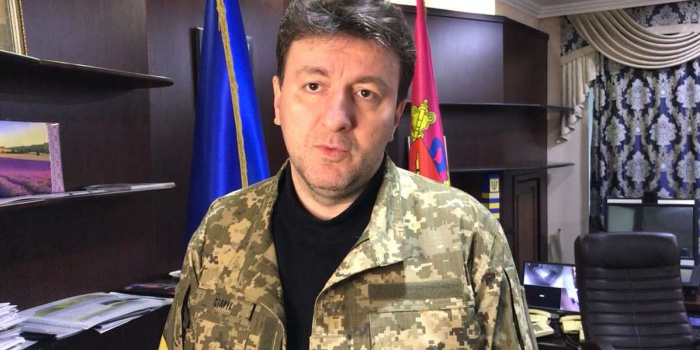 In temporarily occupied Berdyansk, invaders threaten journalists and their families, forcing them to work for Russian propaganda.

This was announced during a telemarathon #URAZOM by the head of the Zaporizhia Regional Military Administration Oleksander Starukh, Ukrinform reports.

"In Berdyansk, the occupiers copied the addresses of journalists and their relatives. They are forced to work for Russian propaganda. They threaten their children, parents and wives. That is, they are trying to carry out terror and total intimidation, ” Oleksander Starukh commented.

He also said that there were many kidnappings in the region. In particular, Mayor Yevhen Matveev was abducted in Dniprorudny on the morning of 13 March, Ivan Fedorov in Melitopol, and public activist Olga Haisumova.

There are cases of abduction in other areas as well.

“There is little information about the mayor of Dniprorudny, but no information about Ivan Fedorov. We are all trying to find and take measures to bring him back to Ukraine, at least to snatch him from the clutches of terrorists, "said Starukh.

It will be recalled that in Berdyansk, Melitopol and Energodar, the invaders blocked the Ukrainian media.

As reported by IMI, on March 9, the head of the Zaporizhzhya Regional Military Administration Oleksander Starukh said that in Berdyansk, the Russian invaders are forcing local journalists to broadcast Russian propaganda under machine gun fire.

On March 8, in Berdyansk, the Russian occupiers seized the Azov Wave radio station .

Also on March 8, the Russian military seized the building of the local media holding PRO100 in Berdyansk, Zaporizhzhya region.