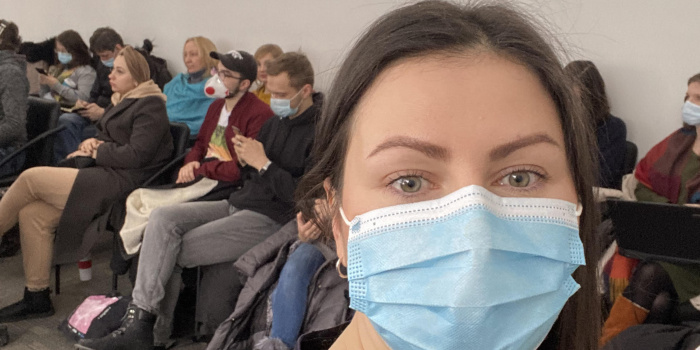 Media expert and IMI security trainer Iryna Zemlyana held a seminar on journalistic security for the journalists with Dom TV channel, as this was reported on the channel's website.

Iryna Zemlyana explained how to anticipate and assess risks and what to be prepared for, while working on particularly in-depth and sensitive investigations.

Zemlyana also mentioned the most pressing types of threats and cybersecurity.

“In fact, few journalistic offices worry about security. Journalists are often simply sent to work with no basic security or knowledge. That's why I have a special respect for the TV channel that took care of it. For some reason, journalistic security is associated with events in the Eastern Ukraine: with land mines, trip wires. But we all remember the rally near the Verkhovna Rada, when a grenade exploded. That is why one should worry about safety every day, ”the media expert emphasized.

We will remind, DOM is the state round-the-clock entertaining and information TV channel as a part of the state enterprise "Multimedia platform of foreign broadcasting of Ukraine" (before MPFBU spoke only under a brand of TV channel of foreign broadcasting UATV). Dom started broadcasting on March 1, 2020. The channel is broadcast on the temporarily occupied territories (TOT) of Donetsk and Luhansk regions, the Autonomous Republic of Crimea and the city of Sevastopol.

From March 1, 2021, Dom TV channel will expand its coverage: the number of both digital and analog transmitters will increase, Dom will also appear in the cable networks of Donetsk and Luhansk regions (controlled territory) and satellite broadcasting will begin.