IMI recorded 36 cases of violations of freedom of speech within 2 months in 2017, that took place in 18 regions of Ukraine. The major violations are 12 cases of impediment to lawful professional activities of journalists, 7 cases of restricting access for public information and 6 cases of threats. This is the data of monthly monitoring of the Institute of Mass Information «Freedom of press barometer».

Kyiv and Kyiv oblast, Dnipropetrovshchyna and Donechyna became leaders in violations for this period. The people who were impeding journalists were individuals, officials and local authorities, deputies and judges.

In February, local authorities continue to violate the right of access to public information. In particular, the journalist of Mykolaov online outley Niklife Yuri Yaholnyk received the wedding photo of a bride with flowers at the request to the Mykolaiv City Council.

For the first time, since the beginning of the year, IMI recorded destruction of journalists' property. All three cases occurred in Dnipropetrovsk region - unknown damaged cars of three journalists. In particular, in two cases, cars were set on fire, and in one case the car was damaged with an ax. In all cases journalists associate incidents with their professional activities.

British photographer Christopher Nunn was injured to the eyes and face in a result of shelling of the city Avdiivka, Donetsk region by russian occupation troops. He was evacuated to the Regional Clinical Hospital named after Mechnikov in Dnipro city, to provide qualified medical care. Doctors managed to save Christopher Nunn's eyesight.

In Crimea occupied by Russia, IMI recorded 1 case of violation of journalists' rights. In particular, police detained Ukrainian journalists of STB TV channel and Hromadske outlet, in order to check their documents. After a while, the police let them go, with a comment "not to violate any laws." 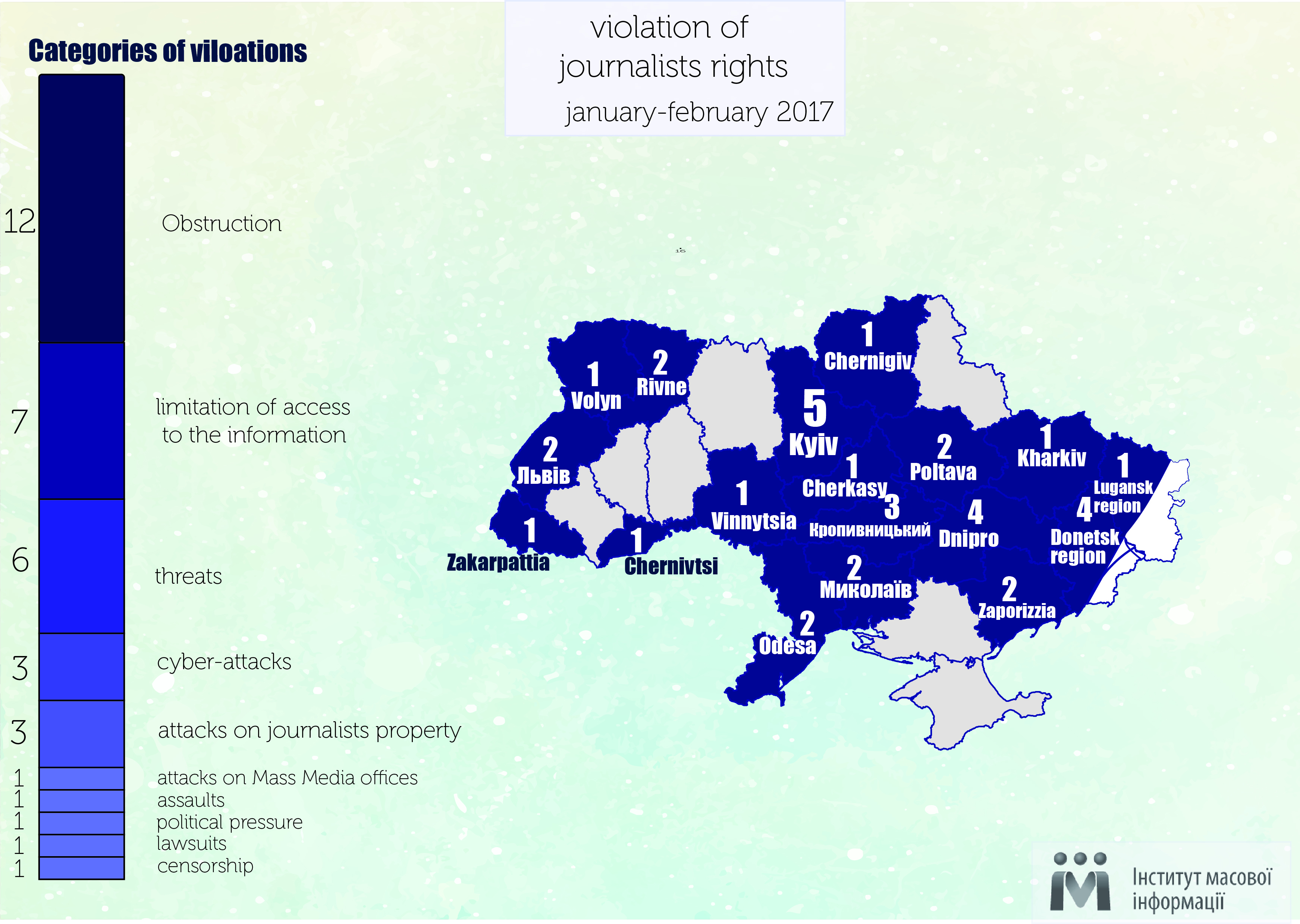 Court in Simpheropol dismissed case against contributor with “Crimean Solidarity”

CJE called police to inspect six institutions as to legitimacy of press cards issuance
Want to learn first about the new research of the Institute of Mass Media? Subscribe to the newsletter!