IMI and partners to establish blacklist of bloggers and channels 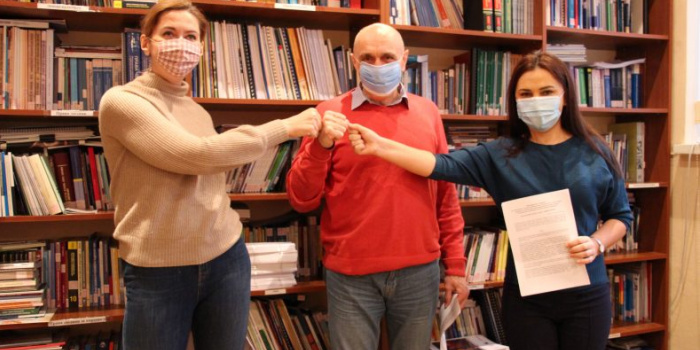 The Ukrainian Helsinki Human Rights Union (UHHRU), the ZMINA Human Rights Center and the Institute of Mass Information have signed a memorandum to form a list of media, bloggers, social media pages and telegram channels that disseminate manipulative and false information about journalists, human rights defenders and civil society activists in Ukraine.

The memorandum was signed by the organizations initiating the joint project "Media Crap" on November 17 in Kyiv.

The initiators plan to present the relevant list by the end of the year and further update it once a quarter.

"We call for a boycott of mass media and resources which foment hatred and publish lies. With this purpose, we make a list of those who lie in people’s throat and spread fake news. We will monitor the Internet space to identify those who, according to the criteria we have developed, are systematically engaged in hate speech against representatives of civil society, ” as the UHHRU Executive Director Oleksandr Pavlichenko.said

“The list is to be updated. Those media and bloggers who publicly acknowledge to have published some questionable report and publish refutation will be taken off the list, ”as Oksana Romaniuk, executive director of the Institute of Mass Information, added.

The Chairman of the Board of the ZMINA Human Rights Center Tetyana Pechonchyk called to subscribe to the pages of the joint project and send information about fake news by e-mail.