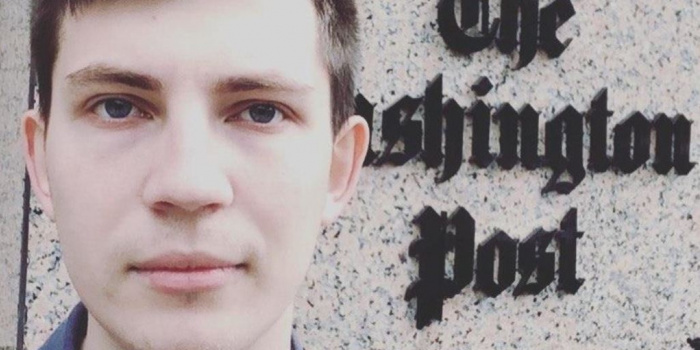 Ihar Losik, blogger and author of “Belarus of the brain” channels and consultant for Radio Liberty, was detained On June 25, 2020. What he is accused of is unknown: the articles have to do with the protests after Losik’s detention. The details were only announced at a closed trial in the pre-trial detention center, as Belsat reported.

Radio Liberty has retold the story of Ihar Losik‘s 500 days behind bars. During this time:

Ihar Losik was first put in a TDF in Minsk, then in the Investigative Prison No. 8 in Zhodzina, and TDF No. 3 in Homiel. He was constantly moved from one cell to another, put into punishment cells.

There were three articles against Losik: “preparation of actions that grossly violate public order,” then “preparation to participation in a mass riot.” In March, another article was added, which is still unknown to this day. Because of a non-disclosure agreement, the lawyer cannot even inform his relatives about the charges. Although little is known about the case, Losik was found to be a political prisoner.

Losik refused to eat once for 42 days, then another time for four days. During the first hunger strike, his health deteriorated significantly.

His wife received about 300 letters from Losik during those 500 days.

At the time of Ihar’s arrest, his daughter Paulina was one and a half years old. The daughter had not seen her father for the entire 500 days. Her mother tells her daughter that her father is on a business trip.

The Losik case was mentioned in the resolution of the US Congress, the wife of the political prisoner was contacted by the US Ambassador.

The court in Losik’s case has been in session for four months, beginning June 24. Protest leaders Syarhei Tsikhanouski and Mikalay Statkevich and activists Uladzimir Tsyhanovich, Dzmitry Papou, and Artsyom Sakau are in the trial along with him. The court did not allow relatives to be present, but the state mass media representatives were. His wife is outside the detention center where the trial is taking place.

Ihar addressed the Pope in prison, asking not to intercede for him, but for all Belarusians.