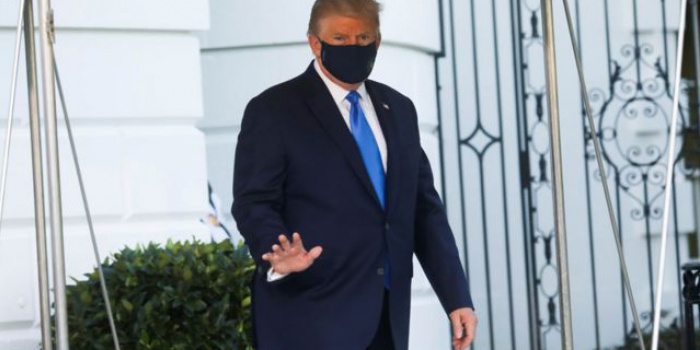 More than 250 signatories say there should be no book deals for ‘an administration that caged children’ and encouraged a ‘coup’ , as The Independent reported.

Editors, publishing agents and authors have signed-up to a letter in the hundreds, demanding the industry deny Donald Trump the publication of any post-presidential memoir.

The letter, titled "No Book Deals for Traitors,” was signed by more than 250 editors, authors and publishing agents last week.

Together, they oppose any Trump administration official from publishing a future book - including the outgoing president, who is rumoured to be considering a memoir.

Barry Lyga, a novelist who organised the letter, wrote that "As members of the writing and publishing community of the United States, we affirm that participation in the administration of Donald Trump must be considered a uniquely mitigating criterion for publishing houses when considering book deals.”

He continued: “No participant in an administration that caged children, performed involuntary surgeries on captive women, and scoffed at science as millions were infected with a deadly virus should be enriched by the almost rote largesse of a big book deal.”

Mr Lyga told the Los Angeles Times in an email that publishers should “act to the dictates of their conscience and to the extent they are able to effect change,” when it comes to publishing any Trump administration titles.Publishing houses have already begun to turn away from Mr Trump’s allies, after Simon & Schuster cancelled a book deal with the Republican senator Josh Hawley.

Mr Hawley had been among those Republicans in Congress who still voted against Joe Biden’s 2020 election win against Mr Trump, after the president’s supporters stormed the US Capitol in his name, leaving five dead.Mr Lyga wrote in the letter to publishers that “no one who incited, suborned, instigated, or otherwise supported the January 6, 2021 coup attempt should have their philosophies remunerated and disseminated through our beloved publishing houses.”

Mr Trump himself was said to be planning on a memoir once he leaves office, the Washington Post reported in November, following his predecessors. Although no official announcement has been made.

Such a move would prove valuable to the outgoing president, who has $400 million (£295,242 million) in loans to pay off in the next four years.

Publishing industry figures are invited to add their names to the"No Book Deals for Traitors”.