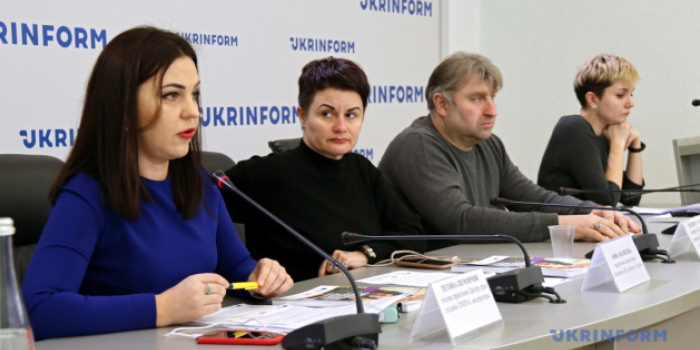 As of the end of 2021, 13 bills that threaten civil society, violate the Constitution and Ukraine's international human rights obligations have been submitted for consideration to Ukrainian parliament. These are the data of the monitoring report “Human rights defenders and public activists condition in Ukraine in 2021” presented by the ZMINA Human Rights Center, as Ukrinform reported.

"Among the bills are those aimed at disproportionately restricting freedom of association and peaceful assembly, discriminating against certain categories of activists or supporting homophobic ideas," said Tetyana Pechonchyk, chairwoman of the ZMINA Center for Human Rights.

According to the monitoring findings, a number of provisions of these bills discriminate against NGOs and activists and pose risks to the free development of civil society in Ukraine, as they equate the Network of NGOs’ advocacy with commercial lobbying, lustration of public sector actors or the introducing "foreign agents" concept. prohibit civil activists from holding protests in the immediate vicinity of courts, introduce "polygraph checks" for civil activists who wish to work in government agencies or enterprises affiliated with the state, provide excessive and unjustified financial reporting for foreign-funded NGOs, remove the term “gender” from the law and prohibits “propaganda of transgenderism and homosexuality”, complicate the procedures for attracting foreign volunteers, etc. These are four bills registered in 2021 (№ 5496, 6325, 6326, 6327), and nine bills registered in 2020 (№ 3059, 3193-1, 3291, 3326, 3564, 3572, 3916, 3936, 4521).

These draft laws were introduced by MPs from the political factions "Servant of the People", "Opposition Platform - For Life", "Batkivshchyna", "For the Future", non-factional deputies, as well as the Cabinet of Ministers of Ukraine.

The monitoring noted that most of these bills were not designed only to address various aspects of civil society, but were related to other areas (for example, bills on the specifics of the formation of supervisory boards of state-owned enterprises).

“The provisions of these documents, if adopted, will directly or indirectly affect the activities of public organizations and civil rights and freedoms in general. In addition, some of these initiatives are synchronized with the discrediting campaign against the Soros and anti-Western rhetoric, which is being developed by some political forces, " Pechonchyk commented.

According to the authors of the monitoring, if even one of the above bills is passed, it will be a serious blow to human rights and freedom of association and peaceful assembly in Ukraine.

The monitoring was carried out within the framework of the project “Enhancing the Role and Protection of Human Rights Defenders in Ukraine” implemented by the ZMINA Human Rights Center in partnership with the Dutch Helsinki Committee with the financial support of the European Union. The project lasts from 2019 to 2022.