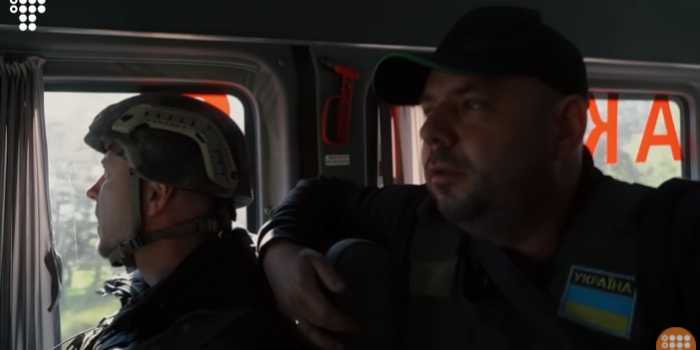 Hromadske crew, under shelling by "Grads," filmed a report on how civilians of Lyman (Donetsk region) are being taken to Dnipro city, according to Detector Media.

During the shooting on the road, three shells landed 200 meters away from the Hromadske team and the Lyman residents. Shortly after the evacuation of people, a russian missile hit the road bridge between Raihorodok and Lyman – the Hromadske journalists have traveled across it a dozen times. This route was also used to take the wounded out of Lyman.

In their report, the journalists focused on the work of the police, which evacuates people in need of assistance. "About twenty 200's, even more 300's," the policemen say of the losses during the full-scale war.

Every trip here is risky. "2014 was a walk in the park compared to this. Those who have been under the 'Grads' will understand," Dmytro Zaliznychnyk commented.

"Grads" hit the buses during evacuation. The police officers go to dilapidated houses in Lyman during intervals, when the russian occupiers reload their equipment. In the end, they manage to bring out a wounded man.