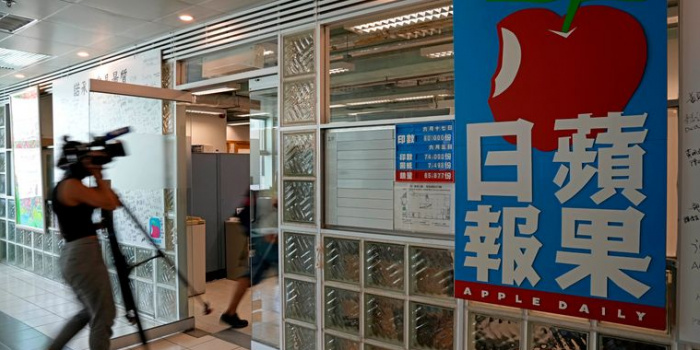 “Today’s arrests and raid on Apple Daily’s headquarters show that the government will do anything in their power to silence one of the last independent media outlets and symbols of press freedom in Hong Kong”, says Cédric Alviani, Reporters Without Borders (RSF) East Asia bureau head, who urges for “all charges to be dropped and all defendants immediately released”.

This is not the first time that Hong Kong police have raided the media outlet’s headquarters: in August 2020, 200 police officers searched Apple Daily’s premises, blocked its journalists from entering the newsroom and obstructed several major news outlets from covering the incident.

Apple Daily founder, Jimmy Lai, 2020 RSF Press Freedom Awards laureate, has been detained since December 2020 and was recently sentenced to a total of 20 months in prison for taking part in three “unauthorised” pro-democracy protests in Hong Kong. He also faces six other procedures, including two charges under the National Security Law for which he risks life imprisonment.