Head of TSN.ua Kobernyk dismissed due to alleged conflict with Tkachenko 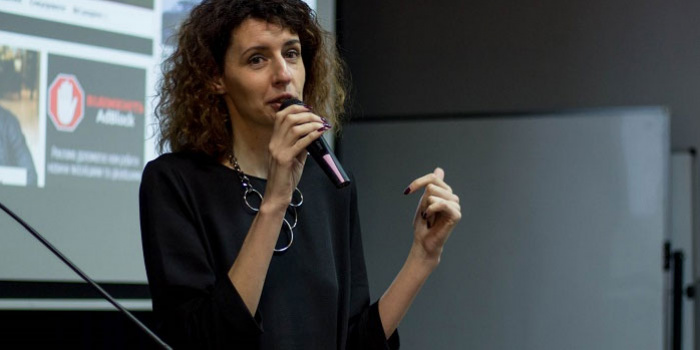 The head of tsn.ua and deputy director of the news department in the media group "1 + 1 media" Kateryna Kobernyk reported that on September 24th, she was fired due to a staff reduction. But she believes that the reason for dismissal is a long-standing conflict with former CEO of “1+1” Media Oleksandr Tkachenko as Media Detector reported referring to Kobernyk’s Facebook page.

“Today I was fired from tsn.ua due to staff reduction. Yes, for the first time with this wording. No, it's not because of poor performance - since the beginning of the year, the site has broken its own records almost every month and attained a historical high of 7.3 million unique users per month. The problem in a long-standing conflict with the former CEO of "1 + 1" Tkachenko - decisions had been made when he held the office. The conflict is both managerial and ethical, ” Kateryna Kobernik said.

She said that tsn.ua was independent of Oleksander Tkachenko and the ultimate beneficial owner of 1 + 1 TV channel Igor Kolomoisky's, this was guaranteed by the editorial agreement with the shareholders.

“A while ago, it was not easy to conclude. After I quit, this agreement becomes invalid. The site is passing though hard time now. I very much hope, for all that, there will be a new agreement, that new person will come who will be able to defend every day what is written in it - it is difficult, ” she told.

In a comment to “Detektor Media”, Kobernyk explained that the shareholders' agreement would сease to be in force after her dismissal, since the agreement had been signed by her as the site manager.

In turn, the "1 + 1 media" group claimed that they planned to re-sign the agreement with the tsn.ua site staff at the earliest juncture, which will guarantee the independence of the editorial board.

The company press service said that Kobernyk had been informed about the staff reduction two months earlier, and her dismissals was due to some structural changes. The 1 + 1 media stated that decentralization in the company required new managerial competencies for managing a number of assets. At the same time, they declined to comment on the conflict between Kateryna Kobernyk and Oleksander Tkachenko. Kobernik herself did not speak on details of the disaccord.

Oleksandr Tkachenko told “Detektor Media” that he had an issue with Kateryna Kobernik's managerial competencies: “The decision about staff cuts was made more than two months ago, as a decentralization stag,e when I was still the head of “1 + 1 Media”. I had questions about her managerial competencies. She already was aware of the cuts, and why the question arose two months later - I do not understand. "

According to Tkachenko, it was he who initiated the signing of the editorial memorandum at tsn.ua and launching of a new edition of "The Babel", that Kobernyk was to run.