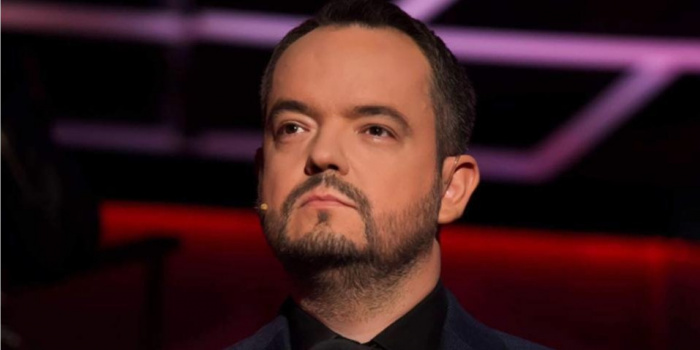 The former General Producer of NewsOne TV, Vasyl Golovanov, has been nominated adviser to Yevgeny Bondarenko, Director of Media Group Ukraine, as it was reported on the media holding site.

He will be in charge of creating the political prime-time production for Ukraina 24 news channel.

“The main point that is important to me in Media Group Ukraine’s proposal is the scale of the tasks they needed to accomplish. Right here, right now, the main news channel of Ukraine is being created, on which the whole spectrum of political forces should be represented. My experience makes me sure that they will invite both the outstanding speakers and a large non-indifferent audience for Ukraina 24 political programs, ” Golovanov said.

Yevhen Bondarenko said that in the nearest future he would tell what new programs and shows would be aired on Ukraina 24 TV channel.

As IMI reported, on February 19, Vasyl Golovanov said that he had resigned as General Producer of NewsOne.

Ukraina 24 channel started around-the-clock airtime on December 16, 2019. This is the news channel launched by the Media Holding Media Group Ukraine, after reformatting the Esculap TV channel.

On November 7, 2019, the National Council of Television and Radio Broadcasting reissued the license of Esculap TV (Aspera 2011 company), part of Media Group Ukraine, through a change of logo and broadcasting concept.