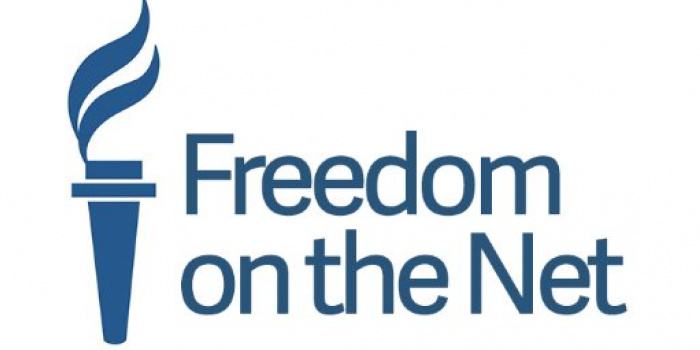 For the 11th consecutive year, the internet freedoms are globaly in decline. “The greatest deteriorations were documented in Myanmar, Belarus, and Uganda, where state forces cracked down amid electoral and constitutional crises. Myanmar’s 14-point score decline is the largest registered since the Freedom on the Net project began. Governments around the world are increasingly asserting their power over technology platforms, forcing businesses to adhere to censorship and oversight”, as the Freedom House said in its report.

Ukraine ranked 62nd out of 100. «The environment for Internet freedom in Ukraine improved because there were no intentional disruptions to internet access and fewer reported cases of users imprisoned for online activities protected under international human rights standards. However, censorship remains a negative trend in the online environment. President Volodymyr Zelenskyy signed new rounds of restrictive measures on Russian-affiliated online media outlets, and the courts continued the dubious practice of blocking online resources by ordering a “seizure of internet users’ intellectual property rights.”

According to the study, over the last year, global norms have shifted dramatically toward greater government intervention in the digital sphere.

Of the 70 states covered by this report, a total of 48 pursued legal or administrative action against technology companies. While some moves reflected legitimate attempts to mitigate online harms, rein in misuse of data, or end manipulative market practices, many new laws imposed excessively broad censorship and data-collection requirements on the private sector. Users’ online activities are now more pervasively moderated and monitored by companies.

At the same time, many governments have initiated a new policy that would oblige businesses to remove content and pass on personal data to the authorities, while neglecting freedom of expression, confidentiality, and accountability to society.

Arrests or convictions for online statements are being made in 56 countries. Governments in at least 20 countries have suspended Internet access, and 21 countries have blocked access to social networks. This practice is most often observed during political upheavals, such as protests and elections. Authorities in at least 45 countries are suspected of obtaining sophisticated spyware or data recovery technologies from private providers.

"The rights of Internet users around the world, especially the rights to freedom of expression and confidentiality, are being violated en masse as a result of recent actions by states. Instead of using regulation to deter the broad power of technology companies, many governments resort to it for their own repressive purposes, ”said Freedom House President Michael J. Abramowitz.

The decision by several platforms to deactivate former US President Donald Trump's accounts in light of the January 6 attack on the Capitol has raised concerns about the impact of several companies on the political debate. The move has sparked a number of new regulatory and legislative proposals, including dishonest attempts to prevent companies from moderating the accounts of politicians and state media, the report said.

Technology companies have faced high-profile confrontations with illiberal and authoritarian leaders in India, Nigeria, Russia and Turkey, which will have global implications in the future for free expression online.

For the seventh year in a row, China ranks as the worst environment for internet freedom. Chinese authorities imposed draconian prison terms for online dissent, independent reporting, and mundane daily communications. The COVID-19 pandemic remains one of the most heavily censored topics. Officials also cracked down on the country’s tech giants, citing their abuses related to competition and data protection, though the campaign further concentrated power in the hands of the authoritarian state.

A booming commercial market for surveillance technology has given governments more capacity than ever before to flout the rule of law and monitor private communications at their discretion. Authorities in at least 45 of the 70 countries covered by Freedom on the Net are suspected of having access to sophisticated spyware or data-extraction technology supplied by secretive companies like NSO Group, Cellebrite, Circles, and FinFisher.

Limited regulation of the sale and purchase of these tools, coupled with their near ubiquity and low cost in practice, has created a crisis for human rights.

For the fifth year in a row, internet freedom declined in the United States. The spread of conspiracy theories and manipulated content about the November 2020 elections threatened the core of American democracy, culminating in outgoing president Donald Trump’s incitement of a violent attack on the US Capitol in a bid to halt certification of the election results on January 6, 2021. While the internet in the United States remains vibrant, diverse, and largely free from state censorship, government authorities in multiple cases responded to nationwide protests against racial injustice in 2020 with intrusive surveillance, harassment, and arrests, as the study said.

“Government intervention must protect human rights online and preserve an open internet. The emancipatory power of the Internet depends on its egalitarian nature. To counter digital authoritarianism, democracies must ensure that regulations allow users to express themselves freely, share information across borders, and hold the powerful to account, ”the study said.