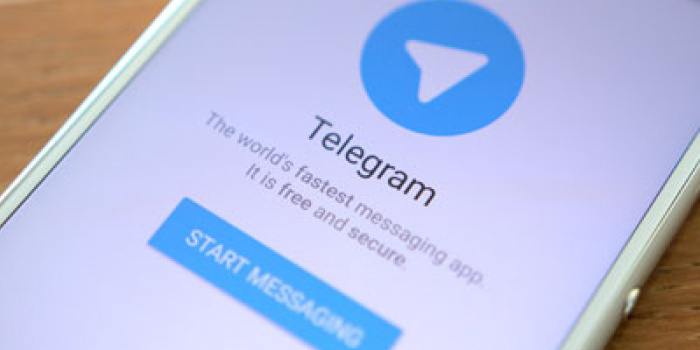 Extremists use the messaging service to stoke hate and violence. The German government plans to get tough on Telegram — but, even if Berlin gets the firm to cooperate, this alone will not solve the problem, experts warn, as Deutsche Welle reported.

In January 2022, a member of Germany's Querdenker ("lateral thinkers") protest movement posted a photo on the messaging app Telegram of Manuela Schwesig, the premier of the eastern state of Mecklenburg-Western Pomerania.

"She will be taken away … either by a patrol car or by a hearse, but she will be taken away," the caption read. Weeks earlier, protesters had marched towards Schwesig's house to protest contact restrictions, but were stopped by police before they could reach it.

Within days, authorities announced that they would investigate the death threat. But when the state's interior minister, Christian Pegel, was interviewed by public broadcaster NDR, he acknowledged that finding the author would not be easy.

"At least if we count on Telegram cooperating with us, this will be difficult," he said.

The incident illustrates how Europe's largest economy struggles to fight hate speech and threats against politicians, journalists and activists circulating on the app.

Unlike other social media platforms including Meta's Facebook or Google's YouTube, the company has refused to cooperate with authorities — prompting the German government to announce tough measures.

"Telegram, like everybody else, has to adhere to our laws" or could face millions in fines, German Justice Minister Marco Buschmann, of the liberal Free Democrats (FDP), told the Bild am Sonntag newspaper.

Federal Interior Minister Nancy Faeser, a Social Democrat (SPD), added in an interview with Die Zeit that her government might consider blocking the app as an "ultima ratio," or last resort.

And while technology experts say that turning up the heat on Telegram is overdue, they warn that tougher rules alone are not likely to solve the problem.

"We also need much more expertise among the police and prosecutors to tackle the problem," said Josef Holnburger, the co-director of the nonprofit Center for Monitoring, Analysis, and Strategy (CeMAS).

Telegram's refusal to cooperate with authorities is, in many ways, ingrained in its DNA.

The company was founded in 2013 by Russian entrepreneurs Pavel and Nikolai Durov on the promise that users could communicate beyond the reach of governments.

Since then, Telegram has provided refuge to dissidents from Belarus to Iran, helping them to organize their work and exchange information about government repression.

But this hands-off philosophy has also turned the messenger into a safe haven for conspiracy theorists and extremists — in particular after many were banned from larger social media platforms.

When Facebook and Instagram deleted the accounts of the right-wing Identitarian Movement group in 2018, many users in Germany followed it to Telegram, according to a data analysis by CeMAS. The same phenomenon happened when Facebook blocked a group of radical opponents to the coronavirus restrictions in the spring of 2020.

At the same time, Telegram has became increasingly popular in Germany: Between 2018 and 2021, the share of messenger users who regularly use Telegram rose from 7% to 15%, according to a survey by German data analysis company Statista.

This, experts say, is what turned Telegram into the key platform where opponents of coronavirus restrictions organize their protests — many of which spilled over into violence.

In August 2020, for example, a mob tried to force its way into the German parliament after false rumors spread on Telegram that authorities had breached the constitution when they broke up the demonstration.

One year later, a journalist was pulled from his bicycle and beaten during a protest in Berlin after his picture had circulated on Telegram.

And in December 2021, protesters used the app to organize a march with flaming torches to the house of a regional politician in the small eastern German town of Grimma.

Telegram did not reply to an interview request and a list of questions submitted by DW.

From a messaging service to a social network

Germany is not alone with its Telegram problem.

Around the world, hate and illegal content is increasingly spread via the messaging service. But it seems no coincidence that the debate over how to fight it is taking place in Germany.

The country has some of the world's strictest laws on what can and cannot be said. Forged in the late 1950s, these hate speech rules were a response to the country's Nazi past — acknowledging that the rise of National Socialism had been fueled by incendiary propaganda. To this day, inciting hate and violence can land you in court in Germany.

In 2017, Germany passed a law to apply that approach to the internet as well. The Network Enforcement Act, known as NetzDG, requires big social media platforms to quickly take down illegal material or face high fines.

In the years that followed, it was unclear if Telegram would have to adhere to the rules due to a provision for messaging services — but this has since changed.

A spokesperson for the German Justice Ministry told DW that the office "considers Telegram a social network." This is due to the fact that since its inception, the messaging service has introduced several features of the big platforms.

Although Telegram today still shares similarities with messaging services such as WhatsApp, it acts in many ways as a social network: In public channels, for example, users can post content to an unlimited number of followers.

"This is why the requirements of the NetzDG are binding for Telegram," the Justice Ministry spokesperson said. This includes a new rule, set to take effect in February, that will force platforms to report particularly serious cases of illegal content, such as death threats or incitement of the masses, directly to law enforcement.

Berlin's challenge now is to make Telegram adhere to its rules.

To date, there are only very few confirmed instances when Telegram did work with authorities, such as cooperation with European police agency Europol to fight terrorism propaganda, announced in 2019.

In April 2021, the German government sent two letters to the company's operational headquarters in Dubai, demanding that Telegram appoint a contact person in Germany and make it easier for users to flag illegal content — two key requirements of the NetzDG.

Behind the scenes, officials have since been in contact with the government of the United Arab Emirates to ramp up pressure on Telegram.

If additional attempts to get the company to cooperate fail as well, Berlin could charge Telegram with fines of up to €55 million ($63 million).

On the political stage, German Interior Minister Nancy Faeser made headlines when she floated the idea of banning the app entirely as a last resort.

But technology experts say that this would be both technically difficult, and possibly even unconstitutional.

Yet they also caution that, even if authorities get Telegram to cooperate, this will not eliminate the root causes of why hate speech is circulating on the app.

"You don't solve problems from the analog world by regulating the digital sphere," said Ann Cathrin Riedel, the chair of the Association for Liberal Internet Policy.

"Radical thoughts do not disappear when you block a messenger service — people just move on to another platform."

Equally important, Riedel said, is to make people understand that whatever they write online can have the same consequences as the things they say in person.

Holnburger added that German law enforcement needs to get better at monitoring what's being said on messaging services.

"Say there's a robbery in a park; then police can't go to the park owner and ask for the names of the robbers," he said. "They need to conduct their own investigations to find them, and the same is true for digital spaces."

Too often, he added, police today still rely on academics, journalists or activists to flag illegal content to them — which was also the case when it came to the death threat against State Premier Manuela Schwesig.

"I don't think that police would have noticed otherwise," Holnburger concluded.