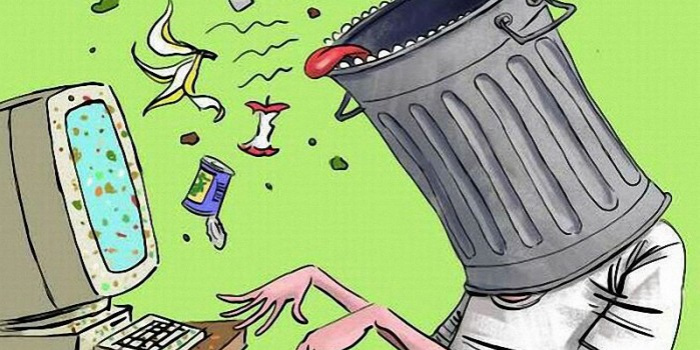 On June 13, Georgia's pro-government TV channel Imedi showed the results of a poll on the Georgians' attitude to the war in Ukraine, which contained manipulative questions and has been criticized as reminiscent of russian propaganda, European Pravda reported.

The sociological survey conducted by GORBI International Center for Public Opinion Research and Business Research from June 2 to 7, 2022, concerned mainly russia's war against Ukraine and the policies of the current Georgian government.

According to the publication, question №3 was worded thus: "Do you agree with the 'Georgian Dream's' policy not to involve Georgia in the russian-Ukrainian war?" Almost 78% of respondents agreed, almost 21% said no. 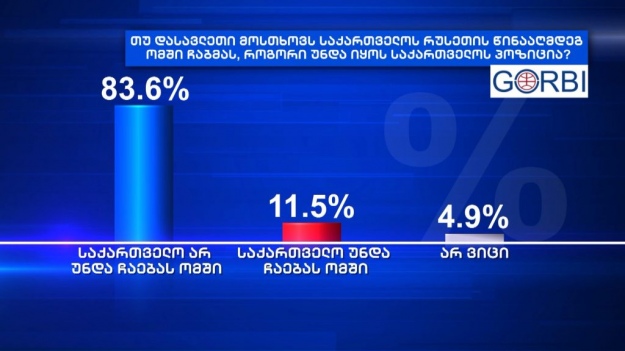 Question №4 was: "If the West asks Georgia to join the war against russia, what should be Georgia's position?" The vast majority (83.6%) said that Georgia should not get involved in the war.

Respondents were also asked about "who is most interested in opening a second front in Georgia." The majority (28.4%) named the "United National Movement" opposition party, 12.4% named russia and the United States, another 8.6% – the Ukrainian government.

Question №6 was worded as follows: "The 'Georgian Dream' government did not join the economic sanctions against russia because, in their opinion, these sanctions could not harm russia, but would cause severe damage to the Georgian economy and population. Do you agree with this decision?" 69.8% of respondents answered "yes," 27.1% disagreed.

The International Society for Fair Elections and Democracy (ISFED) has stated that the GORBI study is manipulative and propagandistic and is aimed at "hiding the current anti-Western rhetoric" of the Georgian government.

"This poll combines a number of techniques and methods typical of authoritarian regimes, such as inciting fear, offering people non-existent choices, creating an image of the enemy, manipulating and misleading the public opinion," ISFED said.

They also pointed out that the results of the GORBI poll were actively spread on Facebook through anonymous advertisements and pages previously involved in disinformation campaigns.

According to European Pravda, the poll came after the European Parliament passed a highly critical resolution on Georgia last week. Namely, it mentions politicized justice and calls for sanctions against "Georgian Dream's" founder, billionaire Bidzina Ivanishvili.

The leader of the ruling "Georgian Dream" saw the European Parliament's critical resolution as an attempt to prevent Georgia from gaining EU candidate status and "revenge" for its unwillingness to support sanctions against russia.