G20 summit: Call for the release of 34 journalists in Saudia Arabia - RSF 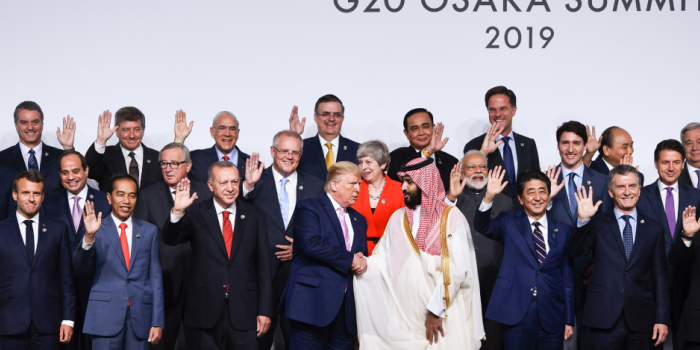 Photo creditM rsf:org
On the second anniversary of the assassination of Saudi columnist Jamal Khashoggi, and with 50 days left until the November 2020 G20 summit in Riyadh, Reporters Without Borders (RSF) is calling for public support urging G20 capitals to obtain concrete press freedom improvements in Saudi Arabia - starting with the release of the country’s 34 jailed journalists; , as Reporters sans frontières said in its petition.

From 20 to 21 November, Saudi Arabia is set to host the G20 summit virtually from Riyadh, despite holding one of the world’s worst records on press freedom.

At a ranking of 170th out of 180 countries in RSF’s 2020 World Press Freedom Index, Saudi Arabia is one of the world’s most prolific jailers of journalists, with 34 journalists currently languishing behind bars in connection with their work. Many of these journalists have been mistreated in detention.

This is in addition to continued impunity for the horrific murder of Saudi columnist Jamal Khashoggi inside the Consulate of Saudi Arabia in Istanbul on 2 October 2018.

A closed trial with no public or media present reportedly resulted in the sentencing of eight unidentified defendants to prison sentences and the acquittal of three others. RSF reiterates that only an independent international investigation, and a fair, open trial in accordance with international standards, will lead to justice for Jamal Khashoggi.

The Saudi government has stated that the three main aims of the 2020 G20 presidency are “empowering people,” safeguarding the planet,” and “shaping new frontiers.” But these goals cannot be achieved if G20 members and, in particular, the state holding the presidency, do not respect their international press freedom obligations.

We call on G20 capitals to honour their own international obligations and hold the Saudi government to account for its dire press freedom record. G20 members must act without delay to obtain concrete press freedom improvements in Saudi Arabia in the 50 days left until the G20 summit.

Without addressing these serious and ongoing press freedom violations in Saudi Arabia, summit participants risk severely damaging their own reputations. But RSF believes the summit could instead present an opportunity to begin to implement positive reforms:

Sign to demand concrete press freedom improvements in Saudi Arabia in the 50 days left until the G20 summit - starting with the release of the 34 journalists unjustly jailed in the country!

RSF will deliver this petition to authorities in key G20 capitals on the eve of the Riyadh summit. Help us reach our goal before then!

Until October 27: accreditation for conference on Ukraine's implementation of ECHR decisions

"Avers" refuted inaccurate information upon court decision
Blogs
Sanctions against Medvedchuk’s TV channels. The first estimates
Do you want to be first to learn about the new research of the Institute of Mass Information? Subscribe to the newsletter!