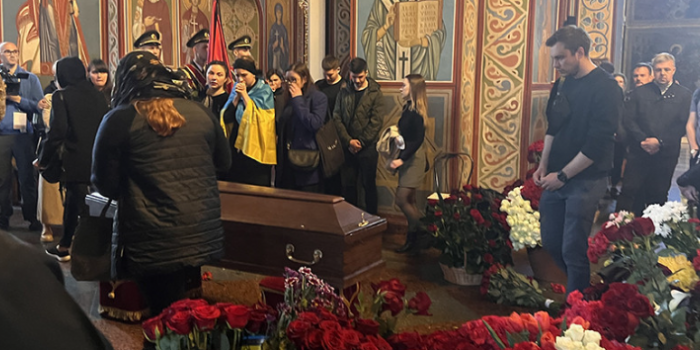 Funeral for journalist and serviceman of the Armed Forces of Ukraine Oleksandr Makhov took place today, on May 9, at St. Michael's Cathedral in Kyiv, Espreso.TV reports.

Hundreds of friends, companions, and colleagues gathered in St. Michael's Cathedral to pay their last respects to Oleksandr.

Oleksandr Makhov is to be buried in Berkovets Cemetery.

"The man to whom we bid farewell today is, first and foremost, a person. This is a man who always took responsibility for his words, who went to defend us, who was very kind. And in general, when you begin to say that he 'was,' you just can't make sense of it, to put it mildly ... Sasha is a hero," said "Ukraine" TV channel journalist Artem Dzhepko, according to Suspilne.

Vladyslav Smolyanets, "Ukraine" channel cameraman, recalled how Makhov had worked at a checkpoint in Luhansk and reported from the occupied city.

"When he first went to war, he said he must liberate his land. His dream must come true," Smolyanets said.

As IMI reported, Oleksandr Makhov, a journalist and serviceman of the Armed Forces of Ukraine, died on May 4 near Izyum, Kharkiv region, due to shelling by the occupiers. He was 36 years old. In civilian life, Oleksandr worked for "Dom," "Ukraine," and "Ukraine 24" channels. 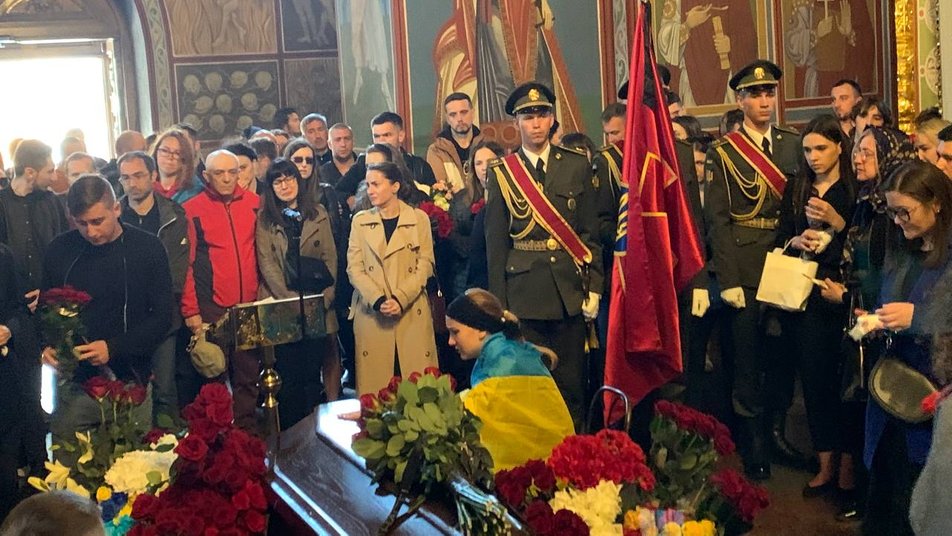