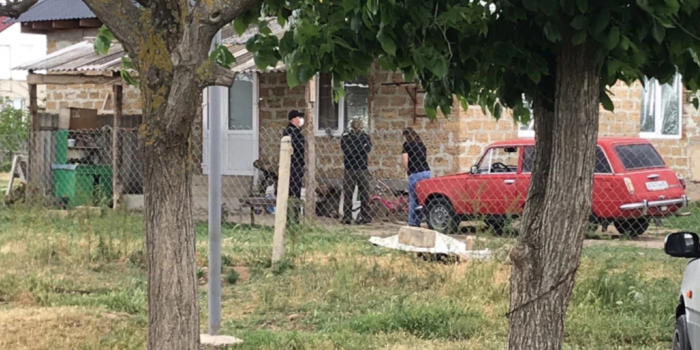 In Crimea, police and FSB officers came to the correspondent of the public association "Crimean Solidarity" Zidane Adzhikelyamov to conduct some "investigative actions", as Krym.Realii reported on May 19.

“The actions are being carried out at the address Sovetsky district, village Sovetsky, street Turgeneva, 30. Inspection of the house is carried out by the decision of the Soviet district court. Zidane Adzhikelyamov is the author and host of the “Crimean Question” program, a journalist and correspondent with “Crimean Solidarity”, the association said.

Other details are not reported, public comments of Russian militiamen are absent.

As IMI reported, on May 14 The Nizhnyhirsky District Court in the occupied Crimea pronounced sentence in a criminal case against Ayder Kadyrov, a citizen journalist and contributor for “Crimean Solidarity”. The court found the journalist guilty of committing a crime under Article 205.6 (“Failure to report a crime”).

On May 12, Ayder Kadyrov, a civil journalist and streamer for “Crimean Solidarity”, plead not guilty.