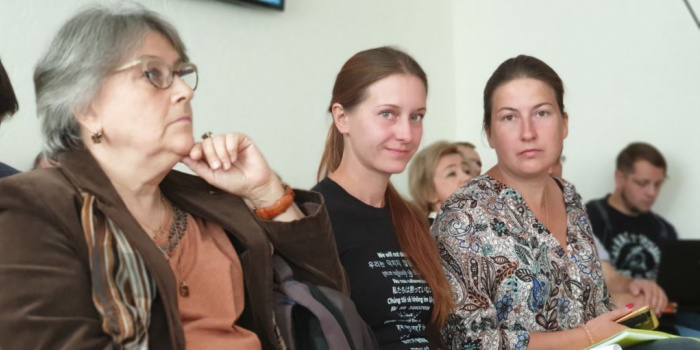 The lawyer of the journalist Tatyana Martynova told that she could not comment on the trial, since she and her client had signed another order of non-disclosure. According to Martynova, the investigation may be completed next week and the defense will receive case files to get familiarized with.

"At present, I can say only one thing: naturally, Svetlana does not admit her guilt," - Martynova said.

The criminal case against the journalist was opened in the fall of 2018 she spoke on the air station "Echo of Moscow in Pskov".  Radio station discussed an attack in Arkhangelsk, in which a 17-year-old boy detonated a homemade bomb inside a local Federal Security Service (FSB) building, killing himself and injuring several FSB officers. Several minutes before the bombing, the assailant, said on social media that he was going to commit “an act of terrorism,” and said he was doing so because the “FSB . . . fabricates criminal cases and tortures people.” Prokopieva said that the state itself has brought up the generations of citizens who are struggling against it. The Roskomnaglyar watchdog found the signs of justification for terrorism in these words.

After that, "Echo of Moscow in Pskov" was fined 150 thousand rubles, and the local newspaper, which printed the radio material, was fined 200 thousand rubles. In February 2019, the law enforcement bodies searched Prokopiev's house and she was summoned for questioning. In July 2019, the journalist was put to the Russian list of extremists and terrorists.