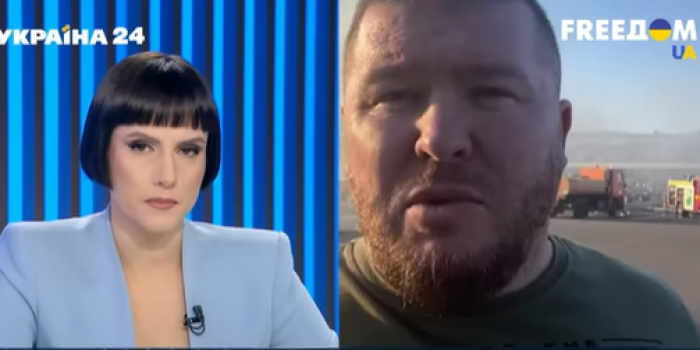 When Lunin began to talk about the tragedy, the host interrupted him and asked to switch to russian, as the channel "broadcasts in russian for the whole world." The official was obviously confused, but complied with her request; from the video it is noticeable that it is not easy for him to choose words in russian.

Commenting on the situation on June 27, the "Ukraina" channel press office said that "the host's request to switch to russian is exclusively due to the editorial policy of the FreeDom project, so that evidence of russia's crimes is clear to millions of viewers around the world."

FreeDom positions itself as a channel broadcasting in russian for the whole world – an alternative source of information and a counterweight to russian lies.

Analyzing the content of the channel, Detector Media noted that it is mostly targeted towards russian-speaking Ukrainians, because the context provided by FreeDom is too specific for foreigners.

In 2022, the government allocated 165 million hryvnias from the state budget to FreeDom.