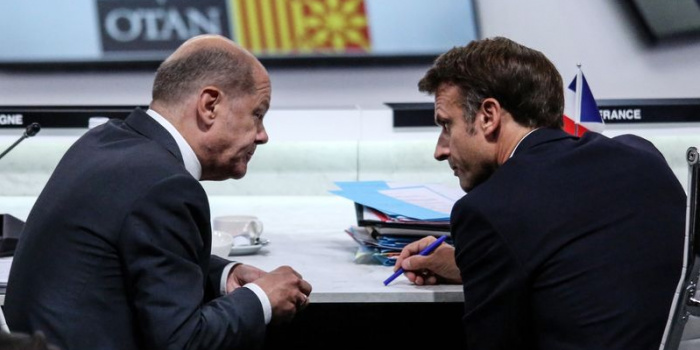 Germany and France have shared an unofficial document entitled "Defending the international order in an age of systemic rivalry: EU-russia relations," wherein they propose to implement a plan to counter propaganda within russia.

One of the suggestion includes funding media literacy courses in russian that could be disseminated by video bloggers on YouTube, Facebook, TikTok, Telegram channels, and Vkontakte.

This document was circulated to EU member states ahead of a gathering of European Union's foreign ministers in Prague on August 30–31, where they’ll discuss the topic of a visa ban for russian tourists, ZN.ua reports, citing Bloomberg.

The document was drafted by technical experts during closed-door discussions and offers "ways of dissemination of independent information to and within russia."

Countries are suggested to take "technical measures against russian censorship," such as bypassing the blocks, as well as distribution of russian-language content for russians living outside the russian federation.

According to the authors of the document, the EU should "retain certain channels of communication with Russia" to minimize the risk of unintended escalation and ensure "a minimum of cooperation" in areas of overriding interest, such as at the UN Security Council or over a nuclear deal with Iran. At the same time, it is noted that the authors are not against broadening the sanctions against russian officials and continued financial and military support for Ukraine.

The Franco-German document stresses the "transformative power of experiencing life in democratic systems at first-hand" and calls for caution in the matter of visa restrictions "in order to prevent feeding the russian narrative and trigger unintended rallying-around the flag effects and/or estranging future generations.."

This document was distributed ahead of a gathering of foreign ministers in Prague on August 30–31, where they’ll discuss the topic of a visa ban for russian tourists. There are considerable doubts as to whether the according decision will actually be adopted, as there is no unanimity on this issue among the EU countries. Germany has already declared that the country is not ready to completely ban the entry of russian citizens, the media outlet writes.