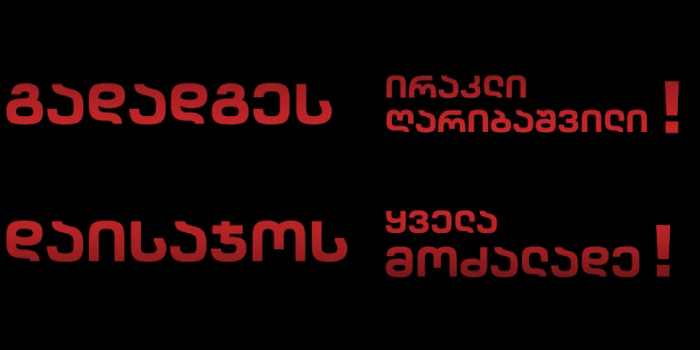 Four private television stations in Georgia have suspended broadcasting for 24 hours and are demanding the resignation of Prime Minister Irakli Gharibashvili over recent attacks against LGBT activists and journalists that left one person dead, as Radio Free Europe/Radio Liberty reported.

Mtavari, TV Pirveli, Formula, and Kavkasia television channels suspended their operations on July 14, saying they were also demanding that all responsible for the attacks last week be punished.

The move comes a day after regional television channels suspended their broadcasting for 10 minutes during the funeral of Pirveli television cameraman Lekso Lashkarava, who died several days after he was severely beaten on July 5 by an anti-LGBT mob that had taken to the streets of the capital to block a planned LGBT parade.

A total of 55 persons -- 53 of whom were journalists -- were injured during the attack.

Lashkarava's death has highlighted the sometimes violent animosity toward sexual minorities in the strongly conservative Caucasus nation, and sparked mass protests attended by thousands of people calling for the resignation of Gharibashvili and his government.

Many have squarely blamed Garibashvili, who, the morning of the scheduled parade, said it was inappropriate to hold the event because it would create a confrontation and was "unacceptable to a large segment of Georgian society.”

The Georgian Orthodox Church had also called on its supporters to gather against the Pride march.

Diplomatic missions from 18 countries and the European Union have condemned the violence and called on the Georgian government to protect people’s constitutional right to peacefully gather.