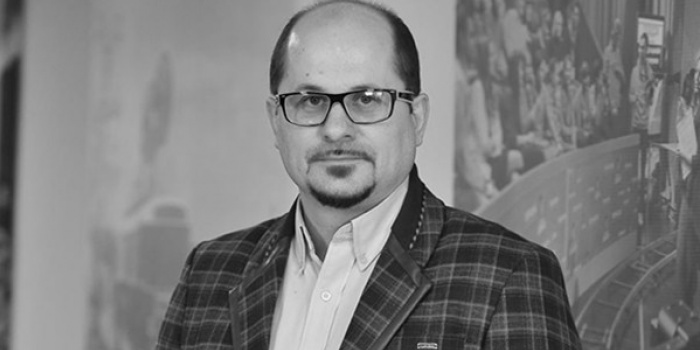 On April 30, former manager of the Cherkasy branch of Suspilne Yevhen Starinets was lost in a battle for Popasna (Luhansk region), Suspilne reports.

With the beginning of russia's full-scale aggression against Ukraine, Yevhen Starynets joined the defenders' ranks, and was later sent to defend the country's eastern border, according to Suspilne.Cherkasy.

Yevhen had worked as a manager of Suspilne's Cherkasy branch in 2017–2019.

Yevhen Starynets was born on May 15, 1975 in Vinnytsia. He graduated in Law and had a Master's degree in business administration. He has worked on management positions in many companies, in 2012 he became an employee of the Cherkasy Regional State Television and Radio Company as a Deputy General Director for Finance.

The funeral for Yevhen Starynets will take place on May 6 at 12:30 in Cherkasy on the Square of Glory (near the Holy Trinity Cathedral).