Format of OSCE meeting in Warsaw exhausted itself - Oksana Romanyuk 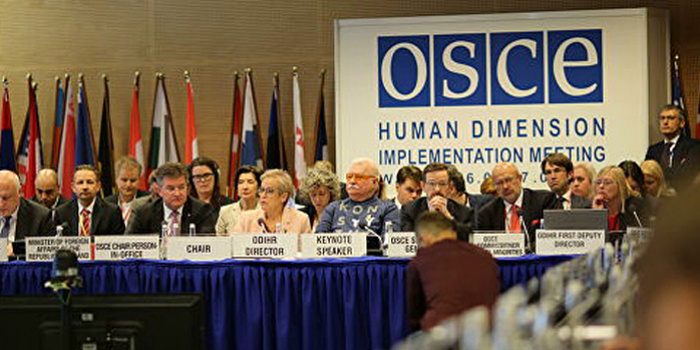 The format of the annual OSCE Human Dimension Meeting needs to be changed. On September 18, the executive director of the Institute of Mass Information Oksana Romanyuk expressed this opinion on the air of Radio Crimea. Reality (RFE/RL).

“Russia is behind all this things (invites pro-Russian officials and speaks of“ Russian ”Crimea. - Ed. ), because it allowed by the OSCE format. It is simply the legitimization of lies and absolute freedom of lies. When 50 people in a row are recorded in a queue and can speak out one after the another, they absolutely do not check who they are, what is their background, there is no fact-checking ... I believe that this format needs to be changed, and this year, I refused to go there because I do not I want to participate in this circus act, ” -Oksana Romanyuk said.

Participants from the annexed Crimea, representing Russian authorities and peninsula organizations, were registered to participate in the OSCE meeting.

The Permanent Representative of Ukraine to International Organizations in Vienna Yevgeny Tsymbalyuk stated that at the annual meeting of the OSCE such participants from the annexed Crimea must be "immediately denied the right to speak".