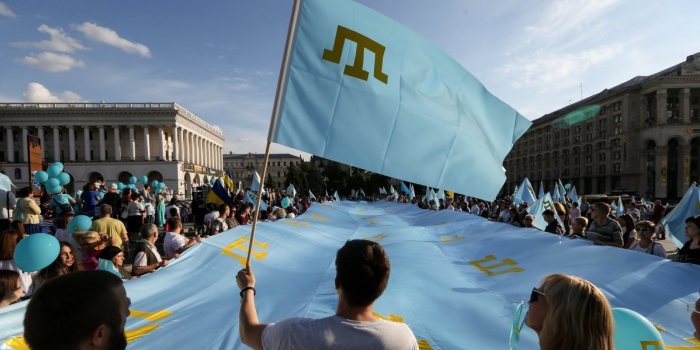 First Deputy Minister for Foreign Affairs Emine Dzheppar called on the world community to increase pressure on Russia in order to facilitate release of citizen journalists in Crimea. She said it on November 16 at the ministerial meeting of member states of the Media Freedom Coalition member states, hosted by Canada and the United Kingdom, as this is reported on the website of the Ministry of Foreign Affairs of Ukraine.

"Due to the Russian occupation authorities’ repressions and threats, independent journalists were forced to leave the occupied parts of Donbas and Crimea," as the diplomat said.

"In order to show the real situation in the Crimean peninsula, ordinary citizens began to perform functions of independent media despite new repressions against them. Nine Crimean Tatar citizen journalists are currently behind bars: Server Mustafaiev, Timur Ibrahimov, Marlen Asanov, Seyran Saliiev, Remzi Bakirov, Ruslan Suleymanov, Osman Arifmemetov, Rustem Sheikhaliev, Amet Suleimanov. I call on the international community to increase pressure on Russia to facilitate the release of these people’’, Emine Dzhaparova stressed at the meeting.

She also also drew attention to experience gained by Ukraine over the years of combating Russian disinformation. She invited international partners to support the initiative of the head of state of Ukraine to open in Kyiv the headquarters of the International Office to Counter Disinformation.

The Media Freedom Coalition is an informal association of countries established in 2019 to develop cooperation in strengthening the protection of media freedom and the safety of journalists. Ukraine joined the coalition in 2019 during the inaugural meeting of the participating countries in London (UK). As of November 2020, the coalition has 37 members.