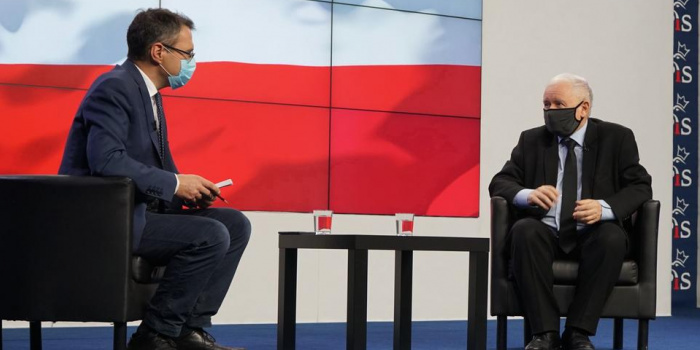 Yaroslaw Kaczynski, leader of “Law and Justice” (PiS), ruling party in Poland, said that the presence of mass media owned by foreigners must be much reduced in Poland, since they threatened national interests. Yaroslaw Kachysnky said it interviewed by wPolityce.

Kachinsky was asked to comment on the news about Polska Press edition which earlier had been owned by a German media group and now it сame under control of Polish PKN Orlen. Kaczinsky replied this was “one of the greatest news” for the last years.

He said : This was the first step in the right direction. Thepolitician added that last time, Poland took several media outlets off one’s hands, ceding much of them to others, namely to Germans, which has much weakened Poland’s souvereignity as a nation.

Poland needed its own mass media outlets and those ones which were not owned by Polish business must be exception, not a rule, as PiS leader said.