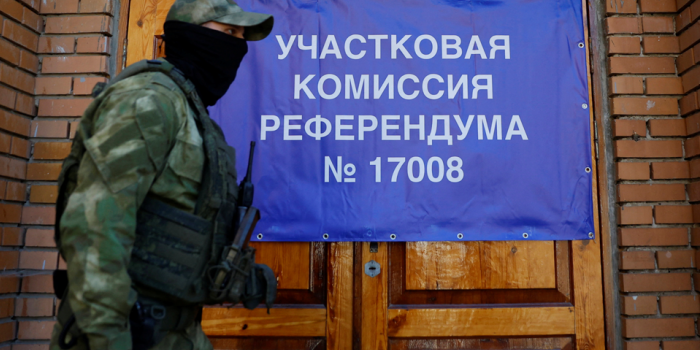 Dmytro Lubinets, the Verkhovna Rada Commissioner for Human Rights, posted the list of "international observers" who "observed" the sham eferendum in the occupied territories.

He says it is important to know the names of those who are helping the aggressor state, "legitimizing yet another lie."

He and his team used open source intelligence to analyze the people whom Putin had involved in "observing" these "votes."

"For the most part, these 'referendum observers' are long-time stooges of the Kremlin. We can see that, compared to 2014, it is increasingly difficult for Russia to find those who would look respectable and be ready to cooperate with an aggressive and terrorist state," Dmytro Lubinets wrote.

IMI would like to draw attention to the fact that the published list includes several media persons, political observers, editors, and journalists. Or at least that is what they call themselves.

Dmytro Lubinets added that he had decided to contact the Security Service and the Ministry of Foreign Affairs. According to him, these departments should respond to the fact that:

"It is necessary to demand that the governments of other countries make their citizens face responsibility, namely political and legal. I also consider it necessary to include these persons on the list of persona non grata both in Ukraine and in other democratic countries," said the Human Rights Commissioner.

Learn more about how the Russians were preparing the people for the illegal "referendum" in IMI's article "With Russia Forever:" How the "L/DPR" Groups Are Preparing the Region For Joining RF.