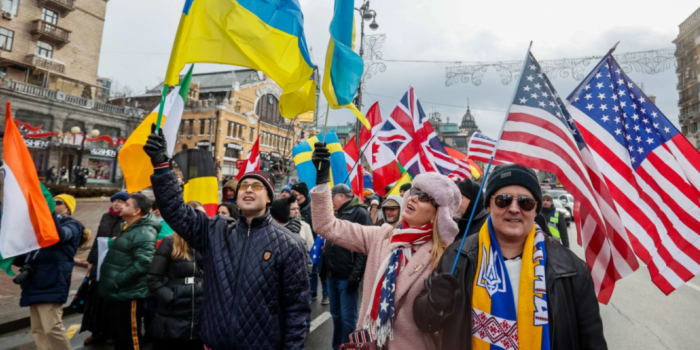 An international rally in support of Ukraine, which is under threat of a full-scale Russian invasion, took place in the center of Kyiv on February 6, as Radio Svoboda reported.

The action "International Unity March for Ukraine" was attended by foreign activists and journalists accredited in the capital of Ukraine, about a hundred people.

"The time has come for the international community to show our solidarity amidst further Russian aggression. There is a full support of Ukraine. Bring your national flags or make a poster! ” – as this was said on the page of the organizers of the action on Facebook. 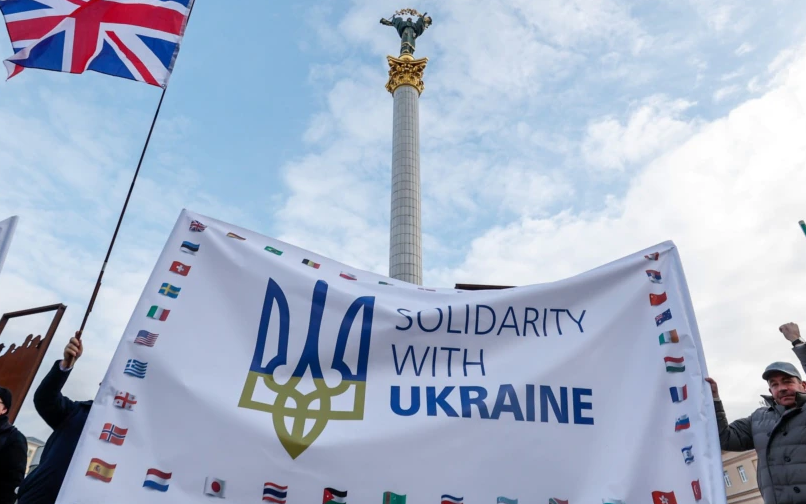 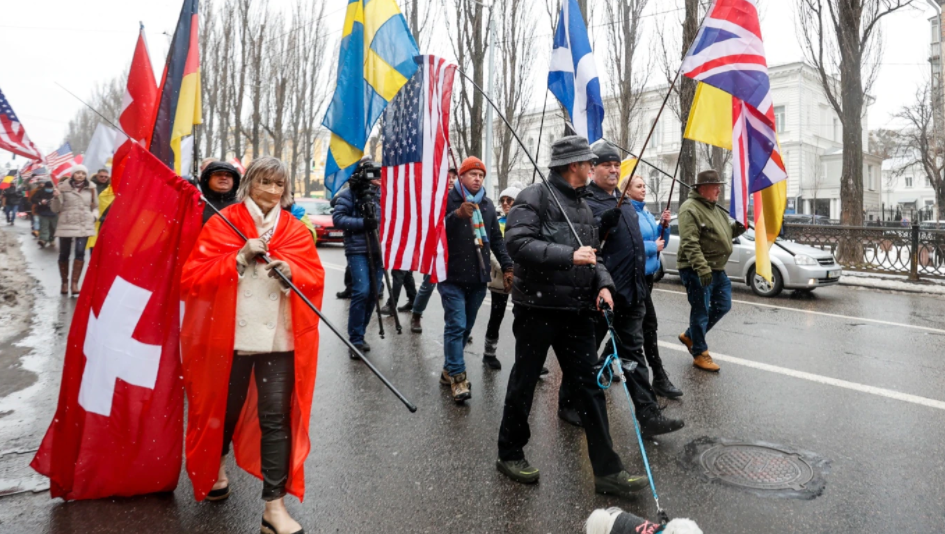 According to a Radio Svoboda correspondent, the participants gathered in a park near the monument to Taras Shevchenko and marched to Independence Square. The slogans "Glory to Ukraine", "Glory to the Heroes" and others were heard during the march. On the Maidan (Independence Square), the marchers sang the anthem of Ukraine.

It will be recalled that since the autumn of last year, media reports have begun to appear referring to intelligence about the buildup of Russian troops on the border with Ukraine. The United States and other Western countries have suggested that Moscow was preparing a military invasion and have begun providing military assistance to Ukraine.

The Kremlin rejected accusations and demanded "security guarantees" from the United States and NATO, including not expanding the alliance to the east. Representatives of the West stated that there would not be concessions on fundamental issues.