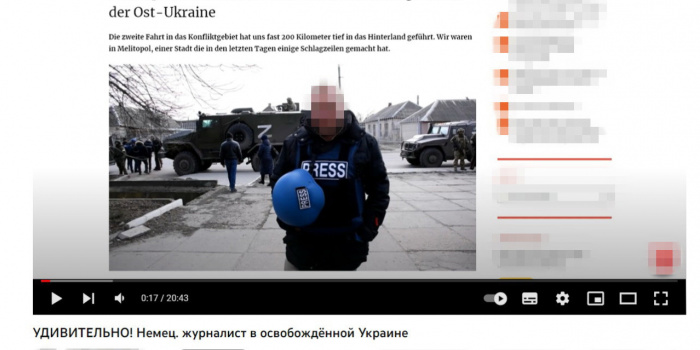 According to the SBU, he came to Ukraine and settled in Chernihiv oblast. Since the start of the full-scale invasion, he has been working on reports about the war in Ukraine for RT.

For this, he used his own channels on YouTube and Telegram, with an audience of over half a million subscribers in total.

"In his posts and videos, he supported Russia's armed aggression and justified the occupiers' war crimes against the civilian population and critical infrastructure of Ukrainian cities. The criminal was also spreading disinformation about the events on the front line and calling on EU countries to cut back the aid to our country. He involved his roommate, who helped him 'edit' fake news for foreign Internet users, in his illegal activities," the SBU said.

Both persons were notified of suspicion under Part 3 of Article 436-2 (justifying, recognizing as legitimate, or denying the Russian Federation's armed aggression against Ukraine, glorifying its participants, committed by a group of persons) of the Criminal Code of Ukraine.