Fireworker in Odessa tried to stab journalists for Dumskaya TV 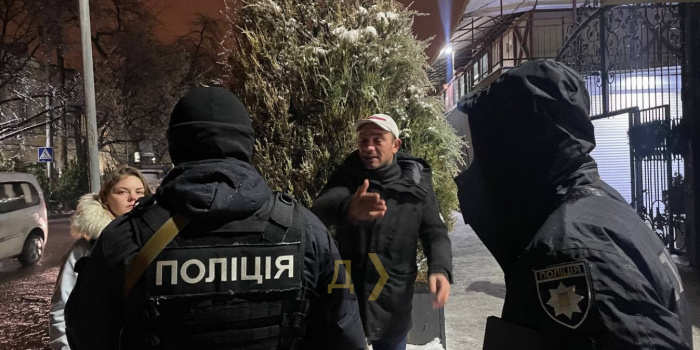 In Odessa, a vendor of pyrotechnics made a stabbing attack on the TV crew of the Dumskaya TV channel, as Dumskaya reported.

The incident occurred on December 28 near the New Market place. According to Dumskaya, the vendor attacked the journalists after they recorded the illegal sale of pyrotechnics to minors.

According to Dumskaya TV journalist Tamara Kyrylyuk, she was filming a story about the New Year's Eve sale of pyrotechnics. To check the law-obedience of vendors, the journalist asked two children aged 8 and 11 to buy firecrackers. The experiment was recorded on camera. After the children bought pyrotechnics, Kyryliuk approached to the vendor and asked to explain his actions.

"The vendors didn’t like it, and they began to threaten and snap at us. We walked away from the aggressive people and called the police. And they began to urgently collect the goods and load it into the approaching car. When the police car appeared, I told them not to hurry up: the police came, Isaid, and they had to give an explanation. One of the sellers attacked us with a knife. Fortunately, he was held by some passers-by,” the journalist said.

The man was taken to the Primorsky District Police Department.