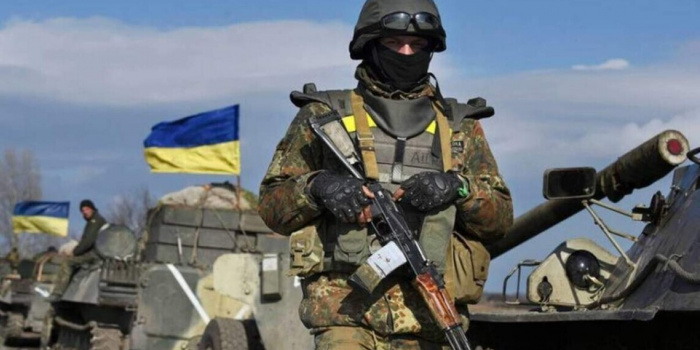 The British Financial Times wrote about weapons "smuggling" in Ukraine, and later corrected the headline by adding the word "risk." Media expert Dmytro Zolotukhin pointed this out. He posted screenshots of what the headline looked like before and after the correction, Detector Media reports. 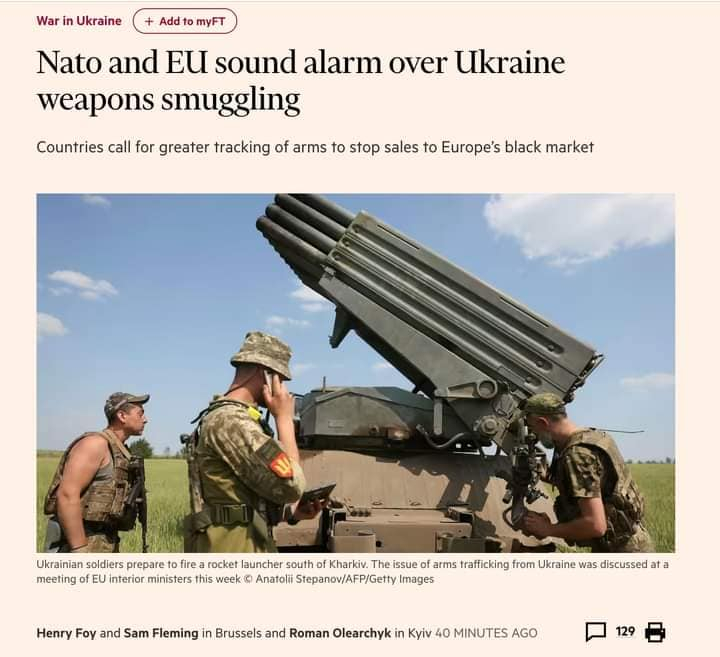 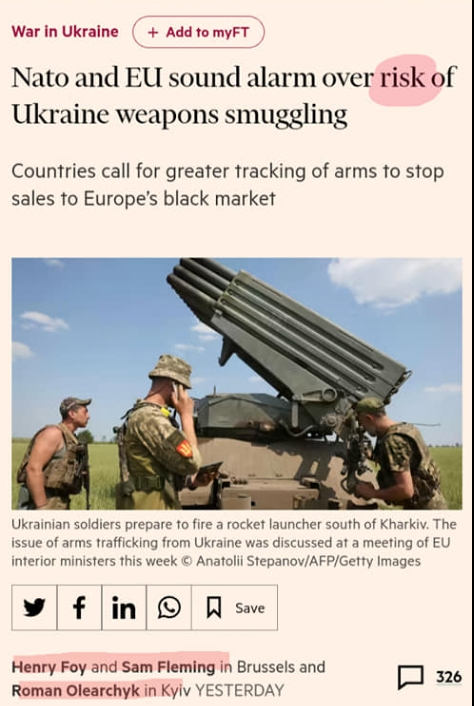 The article is about NATO and EU countries allegedly insisting on better tracking of weapons supplied to Ukraine "in response to the fears that criminal groups are smuggling them out of the country to the European black market." The newspaper cites "Western officials."

In the meantime, Yuriy Sak, adviser to the Minister of Defense of Ukraine, noted: "Any transfer of weapons to or from Ukraine – when such a transfer is required for repair – is very carefully monitored and controlled by both Ukraine and our international partners."

In April, Europol, the EU's law-enforcement department, said that according to their investigations, arms trade aimed at supplying organized crime groups had begun in Ukraine and was a potential threat to EU security. In particular, it was about firearms issued to civilians.

"The information that Ukraine is becoming the main center of arms smuggling is not true," responded Yuriy Sak, suggesting that those who claim this "may be part of russia's information war to prevent our international partners from providing Ukraine with weapons necessary for our victory".